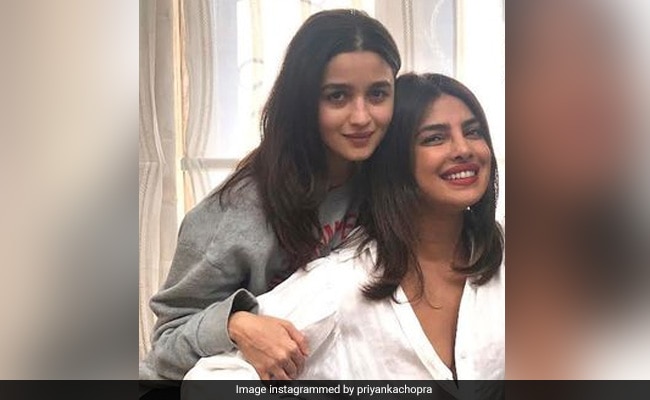 Congratulations, Alia Bhatt and Ranbir Kapoor. The couple welcomed their little bundle of joy - a baby girl - on Sunday, November 6. Sharing the amazing news with everyone, Alia, in a statement, said, “And in the best news of our lives:- Our baby is here...and what a magical girl she is. We are officially bursting with love - blessed and obsessed Parents!!! love love love Alia and Ranbir." From the Kapoors and Bhatts to industry friends, wishes are coming in from all corners. Now, the latest one to join the list is Priyanka Chopra. Sharing Alia's announcement post on Instagram Stories, Priyanka wrote, “Congratulations, Alia and Ranbir. Welcome to parenthood! Loads of love and blessings to the little one.” 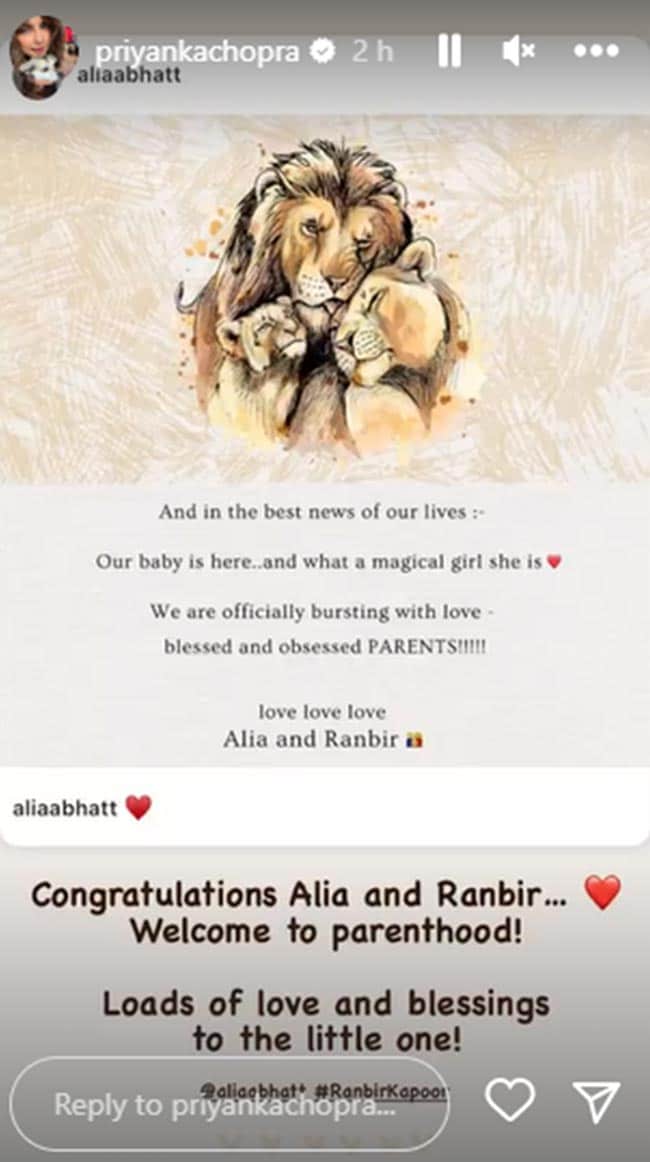 Anushka Sharma has also written a heartwarming note for the new parents in town. “Hugest congratulations to the new parents and lots of love and blessings to the baby girl.” 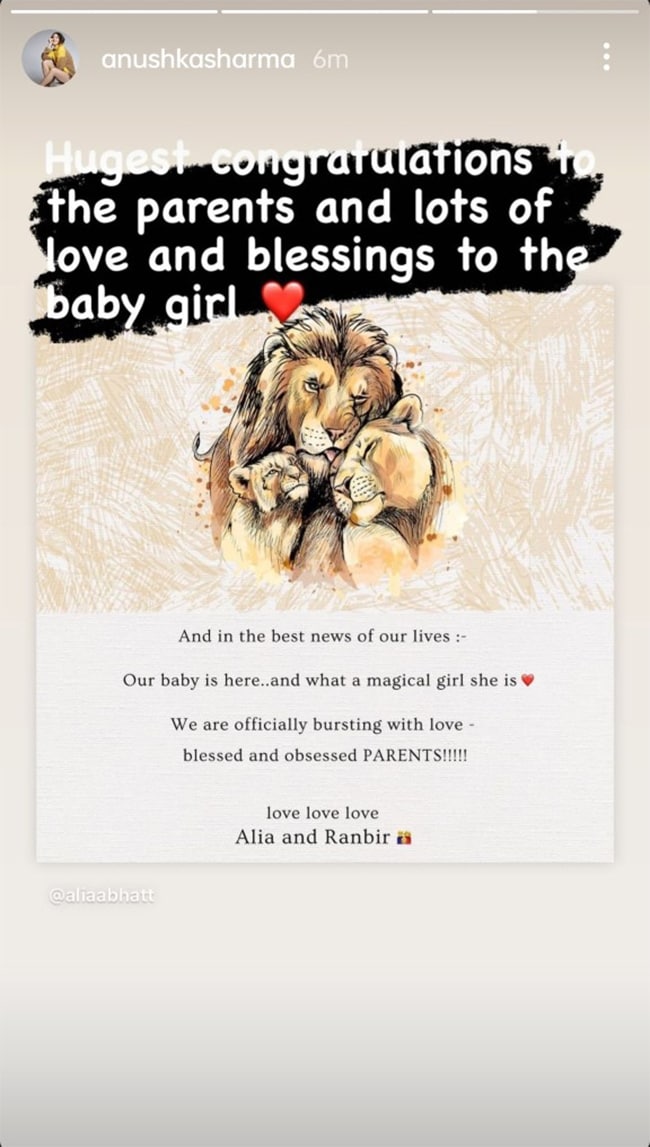 Alia Bhatt's sister, Shaheen Bhatt has declared that she “may never stop weeping. Our little bean is finally here and life has forever changed.”

Alia Bhatt will next be seen in Karan Johar's Rocky Aur Rani Ki Prem Kahani. She is also part of the Hollywood film Heart Of Stone opposite Gal Gadot.

Ranbir Kapoor will next feature in Animal alongside Rashmika Mandanna and Anil Kapoor. He also has Luv Ranjan's next in his kitty.