"No words can thank her for her contribution!" Rajkummar Rao wrote in his caption. 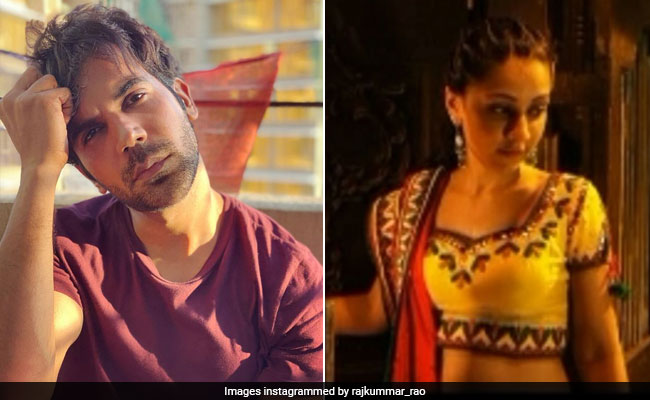 Rajkummar Rao posted a video on Instagram on the occasion of Women's Day (Image courtesy: RajKummar_rao)

For Rajkummar Rao, Women's Day celebration was all about thanking "every woman" who had helped him in his life journey. And the actor's latest Instagram post says it all. On the occasion, Rajkummar posted a short clip on the platform, which features all his female co-stars. The list includes Patralekhaa, Priyanka Chopra, Kriti Sanon, Sonam Kapoor, Kriti Kharbanda and Shraddha Kapoor among others. The actor also dedicated the post to his mother and his "wonderful" teachers. "No words can thank her for her contribution! But here's my token of love to every woman who helped me and held me while climbing the staircase of life," he wrote.

"Happy 2021 International Women's Day, to all these amazing women...Maa and all my wonderful teachers," Rajkummar Rao added in his post.

Rajkummar's girlfriend and actress Patralekhaa, who worked with him in Hansal Mehta's 2014 film Citylights, reacted to his post. She wrote, "Wow." Actresses like Vidya Balan and Shruti Hassan also commented on it.

Rajkummar, who had worked in a film titled Stree (2018), also posted a story on his Instagram handle. Referring his post to the 2018 film, he wrote, "To all the STREEs of the world. Happy International Women's Day. Thank you for making this world a better place."

In terms of work, Rajkummar Rao is gearing up for the release of his upcoming film Roohi, which also features Janhvi Kapoor and Varun Sharma in key roles. Roohi is directed by Hardik Mehta. It will release in theatres on March 11.