Priyanka Chopra Says Being Objectified is Part of Job, "I Don't Get Offended" 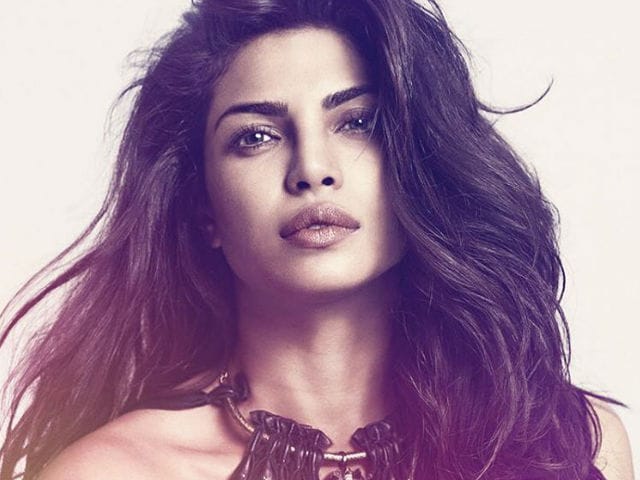 Priyanka also said that looking "hot is not all you want to stand for." (Image by Priyanka)

New Delhi: Actress Priyanka Chopra has successfully established a career in the West courtesy her television show Quantico and now, her upcoming Hollywood debut film Baywatch which releases in May 2017. Priyanka Chopra, who was recently named UNICEF Global Goodwill Ambassador, is truly a global icon and the 34-year-old actress says that she no qualms in being objectified, reports Cosmopolitan. Priyanka told the magazine in an interview that being objectified is "part of my job" and that she "doesn't get offended by being called a sex symbol." Priyanka, who once described her character in Baywatch as a 'bombshell of a villain," also added that looking "hot is not all you want to stand for."

Priyanka told Cosmopolitan: "Yes, being objectified is part of my job. I don't get offended by being called a sex symbol, because I'm an actress and it's the nature of what I do. But I don't think being a sex symbol is something you want to aim for. Of course you want to be hot, but that's not all you want to stand for."

Priyanka Chopra currently headlines the cast of American television show Quantico in which she plays the role of CIA agent Alex Parrish, who is fighting the root of terrorism in USA. She is currently in India for Christmas break and will resume shooting for the show after a break.

Promoted
Listen to the latest songs, only on JioSaavn.com
In India, Priyanka has promised her fans that she will soon sign up for two Bollywood films which will be made in 2017. Priyanka was last seen in 2016's Jai Gangaajal and before that in Bajirao Mastani and Dil Dhadakne Do in 2015.