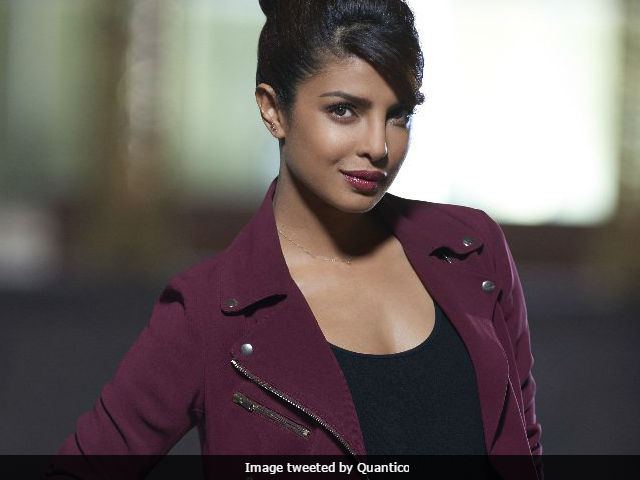 Priyanka is currently prepping for the third season of Quantico (Image courtesy: QuanticoTV )

New Delhi: Actress Priyanka Chopra is busy promoting her upcoming film Baywatch, co-starring Dwayne Johnson and Zac Efron. The 34-year-old actress recently appeared on the international talk show Live with Kelly and Ryan and revealed who she would pick as her 'dream co-star.' The Fashion actress picked the best attributes from four of her co-stars namely Dwayne Johnson, Zac Efron, Jake McLaughlin and Ranveer Singh. Priyanka Chopra named Dwayne 'The Rock' Johnson for his charming personality, Zac Efron for his sexy abs, Quantico co-star Jake McLaughlin for his dreamy blue eyes and Ranveer for his rebellious crazy attitude. Watch the short clip from the show here:


Priyanka Chopra has co-starred with Ranveer Singh in films like Gunday, Dil Dhadkne Do and Bajirao Mastani.

Baywatch, directed by Seth Gordon, releases this week in USA and on June 2 in India. Priyanka Chopra will be seen portraying the role of the main antagonist, Victoria Leeds in the film.

Promoted
Listen to the latest songs, only on JioSaavn.com
Priyanka Chopra is currently prepping for the third season of American television show Quantico.

Earlier this month, Priyanka Chopra made her debut appearance on the red carpet of Met Gala 2017 in New York. She has also made several appearances on foreign red carpet like the Golden Globes, Oscars and the Emmys.