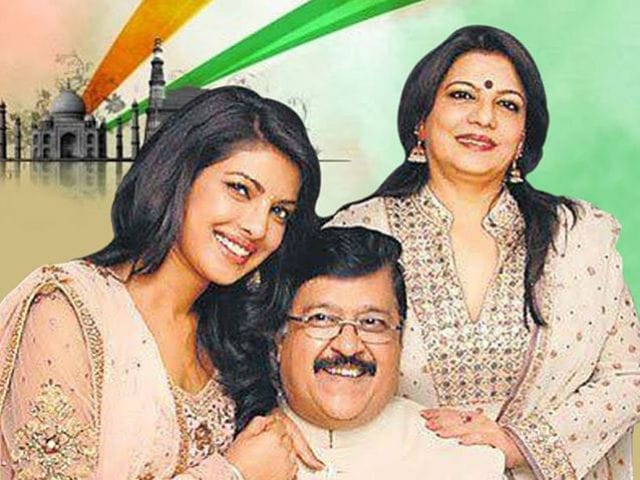 New Delhi: Actress Priyanka Chopra, who has always been open about sharing her love for her parents, missed the presence of her late father on her parents' wedding anniversary. The Bajirao Mastani actress posted a throwback picture of her parents on Instagram along with an emotional caption which read: "Happy anniversary Ma and Dad. Nothing will fill his void but here's to wonderful memories that we'll never forget. I love you mom!" The 34-year-old actress, who sports a tattoo on her wrist which reads: "Daddy's li'l gal", has been very close to her dad and often mentions him in her social media posts. Priyanka lost her father, Doctor Ashok Chopra, in 2013 - he died after battling cancer.

Happy anniversary Ma and Dad. Nothing will fill his void @chopramm2001 but here's to wonderful memories that we'll never forget. I love u mom!

Priyanka, who shuttles between New York and India, is currently in the Big Apple for the second season of her TV show Quantico. The actress' mother Madhu Chopra often visits her in New York, proof is on her Instagram feed.

Promoted
Listen to the latest songs, only on JioSaavn.com
Priyanka was recently spotted attending the New York Fashion Week and also made an appearance in Karan Johar's Koffee With Karan. Priyanka was in India for the New Years when she was expected to sign two Bollywood films. Currently, she is all set for her Hollywood debutBaywatch, co-starring Dwayne Johnson. Directed by Seth Gordon, Baywatch is scheduled for May 26.

Priyanka's last Bollywood film was Prakash Jha's social drama Jai Gangaajal in 2016, where the actress portrayed the role of a police officer. Later, the actress produced the Marathi comedy-drama Ventilator under her production company Purple Pebble Pictures. The film received critical acclaim and performed well at the box office. She will soon be making her Hollywood production debut.