"Shiv ji will be very upset with me," said Priyanka Chopra 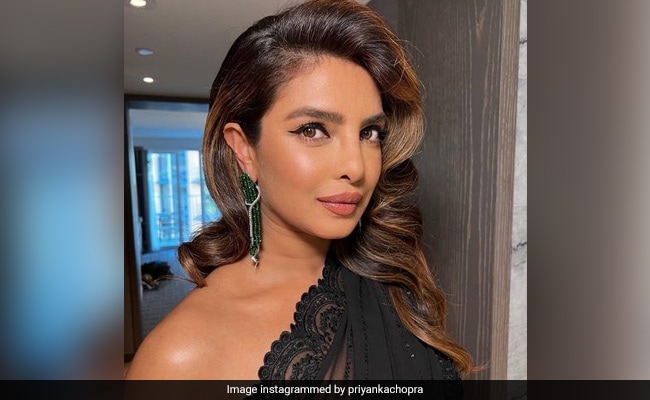 Priyanka Chopra, who was in Mumbai earlier this month, during a podcast with YouTuber Ranveer Allahbadia, talked about life, success, career and more. Speaking of success, the host told Priyanka Chopra of an absurd conspiracy theory that stated that the actress' success could be attributed to her being "Satanic worshipper." "Your future is so bright that there are conspiracy theories about you that you've made deals with the devil to achieve this level of success, that you're a Satanic worshipper," Ranveer Allahbadia said during the podcast. Priyanka Chopra, who couldn't help but laugh at first, replied, "Horrible! Haw." She added, "Shiv ji will be very upset with me."

Priyanka Chopra, speaking of her journey, also talked about how her winning Miss World changed her life and said, "I didn't understand the opportunity it gave me. Suddenly, people knew me and wanted to know me. Movies were coming my way, I didn't know anything about how you sign a movie."

In terms of work, Priyanka Chopra was last seen in Matrix 4. She will star in the Hollywood film Love Again( previously titled It's All Coming Back To Me) a musical, in which she will co-star with Sam Heughan and Celine Dion. The actress will also be seen in Russo Brothers' Citadel. The actress' next Bollywood project is Farhan Akhtar's Jee Le Zaraa, also starring Alia Bhatt and Katrina Kaif.

Priyanka Chopra, a former Miss World and a Bollywood star, is a woman of many hats. She is the first South Asian woman to headline the cast of an American television show and has featured in many Hollywood projects. Priyanka Chopra is a tech-investor and also counts as a UNICEF Goodwill Ambassador. She also opened an Indian restaurant called Sona in New York. She launched a haircare brand as well.

Can Anil Kapoor Complete Iconic Dialogues From His Own Films?