Priyanka Chopra on Sister Mannara's Bollywood Debut: She Has Lived Up to Her Role 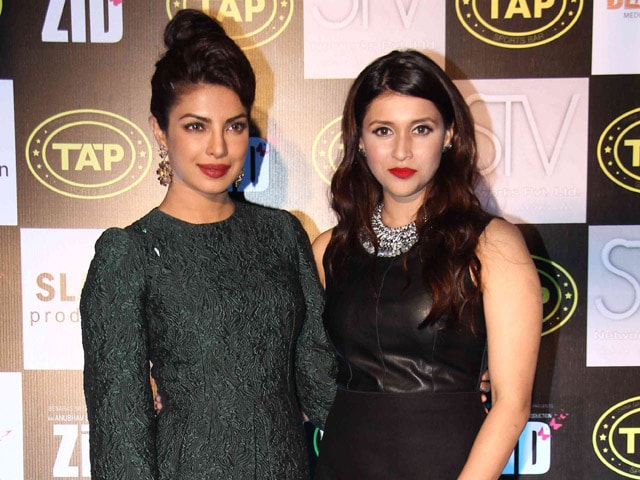 Priyanka Chopra and Mannara at the music success party of Zid.

Mumbai: Actress Priyanka Chopra is all praises for her cousin Mannara's Bollywood debut performance in Zid and says she has perfectly lived up to the "challenging" role.

"She (Mannara) is extremely free. She is not conscious of herself. For the first time, I have seen her act and I can say it is a very difficult part that she has been given in the film. There are a lot of complications in her role," Priyanka, 32, said at the music success party of Zid. (In Pics: Meet Priyanka Chopra's Cousin Mannara )

The film has managed to generate much hype and curiosity since its first look was released for which Mannara has shot extremely bold scenes.

Promoted
Listen to the latest songs, only on JioSaavn.com
"Being her first film, her role in the film asked for a lot, but she lived up to it and I think this is her strong point. She has perfectly lived up to her role, according to me. I think, from the first film point of view, she is fantastic," said Priyanka.