Priyanka Chopra on Fashion: Some Things Only Women Should Do 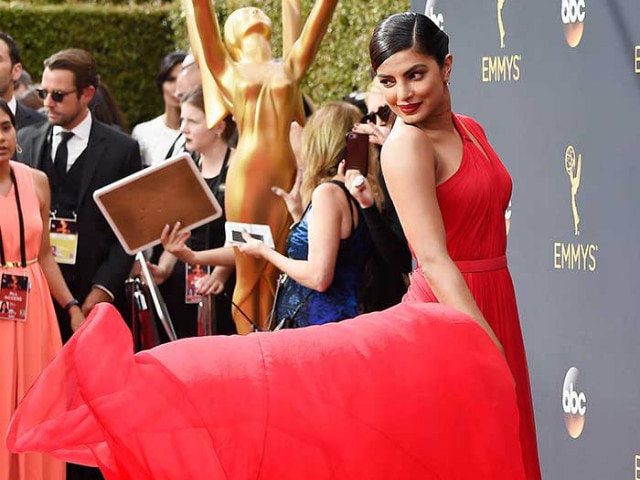 New York: Actress Priyanka Chopra, who is busy shooting for the second season of American TV show Quantico, said that men should be effortlessly scruffy.

Asked about her views about men who manscape, Priyanka said during an episode of American talk show Live with Kelly: "I hate it. It's gross".

"There's something's only women should do, please. Boys need to be effortless and scruffy, I mean well put together but not so put together," Priyanka added.

Priyanka, who is on a roll on a global scale, also spoke about Global Citizen Festival, which took place here last week and saw her having a good time with Hugh Jackman and his wife.

She praised the initiative, saying: "We are always complaining about how do we change, the government's not this for us or the people are not changing this for us, this initiative says you do something about it."

The former beauty queen made heads turn on the red carpet at the 68th Emmy Awards with her scarlet ensemble. And the actress says she is over twirling now.

"I am so over twirling now. When you wear a dress like that, then you can twirl, it was like miles of chiffon and it matched the red carpet and it was like a princess moment. That's how it started," she said.

Promoted
Listen to the latest songs, only on JioSaavn.com
Priyanka is currently busy with Season 2 of Quantico.