Parineeti Chopra is holidaying in Maldives with her family 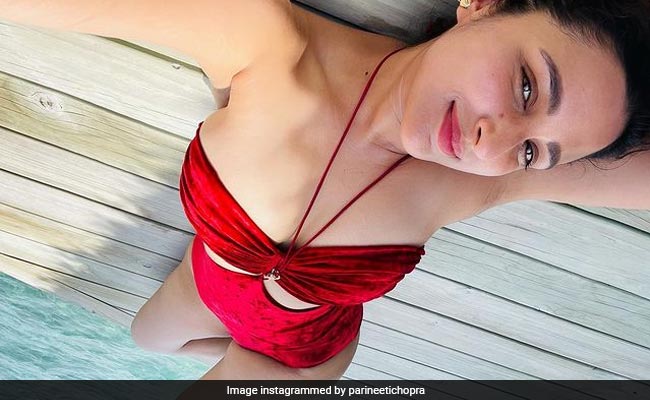 Parineeti Chopra is holidaying in Maldives and she has been treating her fans to stunning pictures. The actress, on Friday night, posted a picture in a red swimsuit and she simply captioned it "Sunburnt." In the comments section of Parineeti's post, Priyanka Chopra wrote: "Aha! Inspired maybe?" We love Priyanka and Parineeti Chopra's Instagram exchanges. A few weeks ago, Parineeti Chopra commented on Priyanka's "snack" post and she wrote: "Jeej! Mimi didi! What is going on here? The family is on Instagram. Tries to hit like button with eyes closed."

This is what Parineeti Chopra posted. 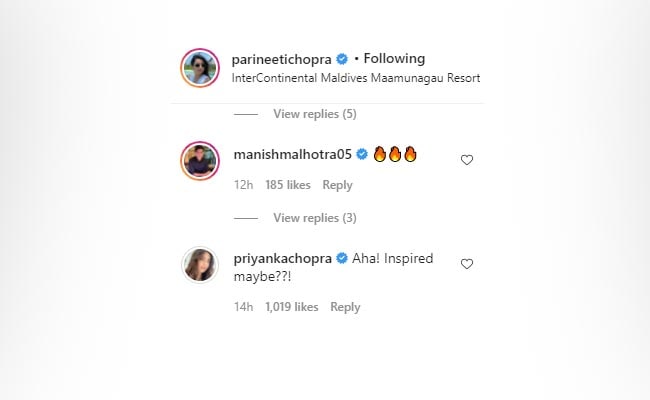 About Priyanka's next project Citadel, it is a multi-series with productions from India, Italy and Mexico and it also stars Richard Madden and it will be directed by the Russo Brothers. Citadel is Priyanka Chopra's second project with Amazon Prime Video after announcing the Sangeet Project, a sangeet-themed dance reality show, which she will host with Nick Jonas. Priyanka Chopra was last seen in Netflix's The White Tiger, based on Aravind Adiga's Booker Prize winning novel. Her next Hindi film will be Jee Le Zaraa, which will be directed by Farhan Akhtar and will star Alia Bhatt and Katrina Kaif.