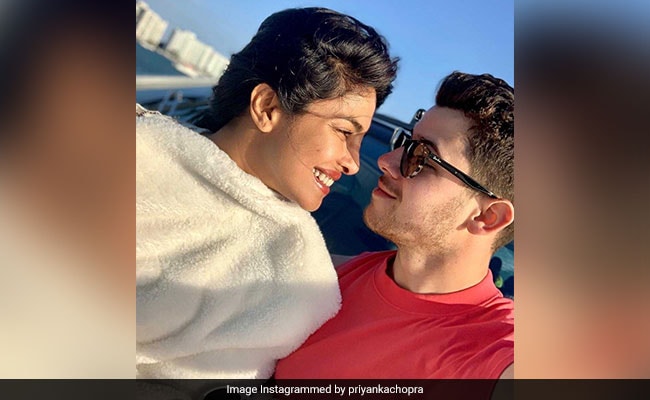 Priyanka Chopra's love for Bollywood songs often reflects on her Instagram posts. After making Nick Jonas and his family groove to Kareena Kapoor and Sonam Kapoor's song Tareefan, the actress' latest Instagram post has a Govinda connection. In case you are wondering what we are referring to, we are talking about the latest video shared by Priyanka on her Instagram story. On Saturday night, the Quantico actress shared a snipet from the Jonas Brothers' recently-released video Cool. BTW, did we tell you that in the video, Nick Jonas can be seen lip syncing to Govinda's popular song Meri Pant Bhi Sexy from the film Hero No 1. The video was originally created by a fan and Priyanka couldn't resist posting it on her Instagram story.

The video is going insanely viral on social media and it has been curated by several fan clubs. Check out the video here:

Earlier this week, Priyanka shared a picture of herself along with Nick Jonas, Joe Jonas and Sophie Turner, Kevin Jonas along with Danielle Jonas on her Instagram profile." It's the Jonai coming atchya," she captioned the post. Take a look at the post here:

In a separate post, featuring Sophie Turner and Danielle Jonas, Priyanka wrote: "The J sisters are finally together!" Here's the post we are referring to:

Priyanka Chopra and Nick Jonas got married in December last year. Priyanka Chopra was last seen in the Hollywood film Isn't It Romantic? She will next be seen in The Sky Is Pink co-starring Farhan Akhtar and Zaira Wasim.