Presenting Priyanka Chopra From the Sets of Baywatch. Just Wow 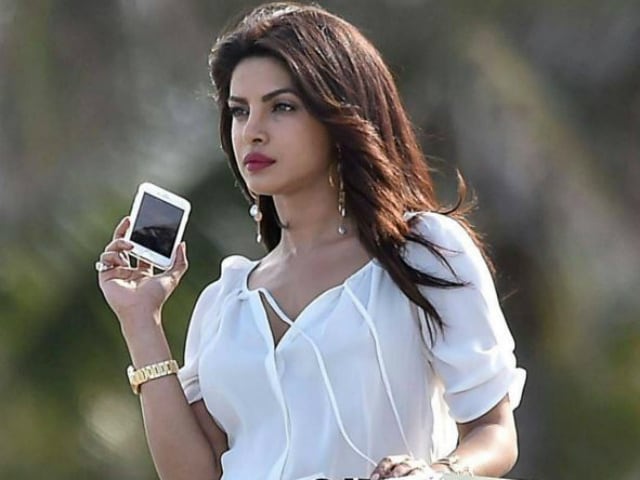 New Delhi: Actress Priyanka Chopra, who left for Miami after enjoying at the Oscars after-party on Sunday night, joined the team of her Hollywood debut Baywatch on March 1, and shared a picture on social media late night on Wednesday, confessing playing antagonist Victoria Leeds is indeed "so good."

Something magical about Miami! Last night shoot! being bad is so good! #VictoriaLeeds u will be missed! #Baywatch ... until next time!!

Earlier on Wednesday, pictures from the shoot have been doing the rounds of social media and we bring you the best of them. Be warned, you might find it difficult to take your eyes off Priyanka. (Also Read: Oscars Done, Baywatch Next. Priyanka Chopra Makes a Run For it to Miami)

Priyanka, who plays the villain in the beachside movie, features as the perfect combination of chic and pristine in a white breezy dress and gold accessories in the pictures.

Priyanaka, who presented at the Oscars on February 28, shared this 'Day 1' picture from the sets of Baywatch, which also stars Dwayne Johnson, popularly known as The Rock:

Everything u need on a beach.. And day 1 on set! Amazing! Everyone is so great! Yay team #Baywatch

Priyanka, 33, has won the West already with her role as Alex Parrish in American TV series Quantico. She also scored Favourite Actress in a New TV Series at the People's Choice Awards for Quantico. (Also Read: Priyanka Chopra With Her 'Baywatch Squad' in One Frame. Do Not Miss)

Back home, she will next be seen in Prakash Jha's Jai Gangaajal, which releases on March 4.