Kangana Ranaut's Thalaivi will release in Hindi, Tamil and Telugu 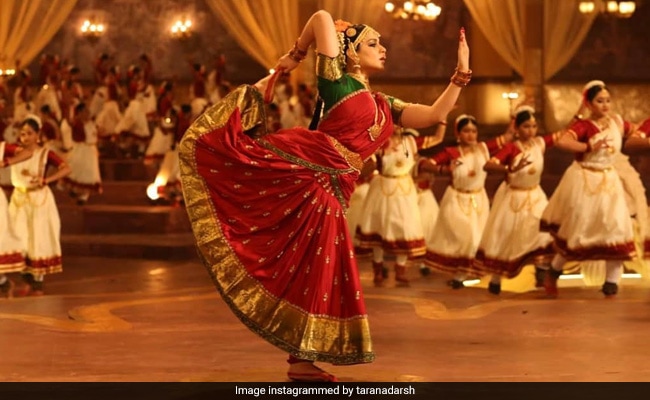 Kangana Ranaut's new look from her forthcoming film Thalaivi - the Jayalalithaa biopic, surfaced on social media on Sunday afternoon. Bollywood trade analyst Taran Adarsh shared a picture of the look from the film. In the photograph, the film's lead actress Kangana Ranaut can be seen dressed in a red saree paired with a green blouse and golden jewelry. The actress seems to be gearing up for a classical dance performance in the picture. Thalaivi, directed by AL Vijay, brings onscreen Jayalalithaa's journey as a stellar actress which was followed by a powerful political career.

The first look from the film was revealed in November, last year. A section of the Internet called Kangana's look as the late politician "fake." ICYMI, this is the look we are referring to:

Speaking of her transformation into Jayalalithaa, Kangana had told mid-day, in an interview last year that she had to take "hormone pills." Kanagana told mid-day," Since I am tall and skinny, and my face is angular, not round, I had to take mild doses of hormone pills to look different. Of course, I also started eating foods that promote weight gain."

Directed by Vijay and co-produced by Vishnu Vardhan Induri and Shaailesh R Singh, the film will release in Hindi, Tamil and Telugu on June 26, this year.