Read inOther Languages
This Article is From Jan 17, 2020 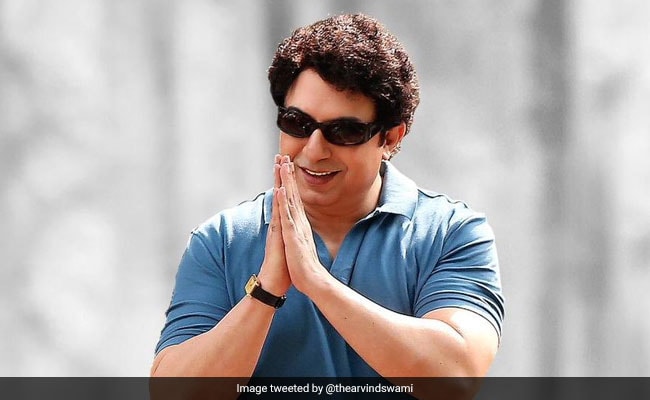 Months after Kangana Ranaut's first look as Jayalalithaa from the biopic Thalaivi was revealed, the makers dropped the first look posters of actor Arvind Swami as Maruthur Gopala Ramachandran, better known as MGR, on the late actor-politician's 103rd birth anniversary. "Here is my first look as Puratchi Thalaivar, Makkal Thilagam MGR in Thalaivi," read a tweet on the actor's timeline on Friday. Actor-politician MGR is remembered not only as one of the most influential icons of Tamil cinema but also for his powerful political career. MGR is said to have introduced Jayalalithaa to AIADMK, the political party founded by him. MGR was the third Chief Minister of Tamil Nadu (1977) and remained in office till his death in 1987. Following MGR's death, Jayalalithaa stood by his body for two days at a public hall. After MGR's death, Jayalalithaa took over the reigns of the party to finally become Tamil Nadu's youngest Chief Minister in 1991.

Apart from their political alliance, Jayalalithaa and MGR co-starred in several films, starting with 1965's Aayirathil Oruvan while 1973's Pattikaattu Ponnaiya was their last. Jayalalithaa died in December 2016. In an interview earlier, the former actress-politician had said: "One-third of my life was dominated by my mother, the other part - a major one - was dominated by MGR."

The makers of Thalaivi also released this teaser:

Kangana Ranaut's first look as Jayalalithaa was revealed in November, when a section of the Internet was of the opinion that the actress looked "fake." Talking about her transformation into Jayalalithaa, Kangana had told mid-day that she had to take "hormone pills."

Directed by Vijay, Thalaivi is slated to hit screens on June 26, 2020.