In the picture, Preity Zinta can be seen dancing in front of elephants for the track Jiya Jale 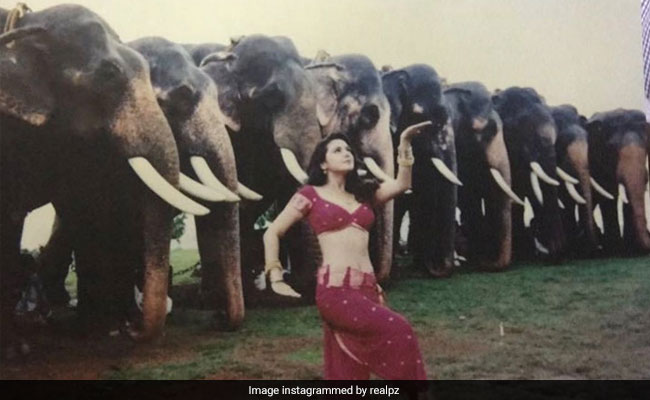 Preity Zinta's Flashback Friday post may have arrived a little late but it is worth the wait. The actress, on Saturday, revised her Dil Se shoot diaries and posted a throwback picture of herself with an ROFL caption. The actress co-starred with Shah Rukh Khan and Manisha Koirala in Mani Ratnam's 1998 film. In the picture, Preity Zinta can be seen dancing in front of elephants for the track Jiya Jale. In her caption, she hilariously wrote: "Do you think the elephants were wondering what the hell was I doing? I was just doing everything Farah Khan asked me to like a good girl" and added: "This has to be one of my favourite photos from the Dil Se shoot... #Jiyajale #Dilse #flashbackfriday #Ting." Preity Zinta made her debut in Bollywood with Dil Se.

Directed by Mani Ratnam, Dil Se is set against the backdrop of insurgency in Assam. The film emerged as a hit at the box office and also received several accolades including two National Awards, seven Filmfare Awards and a Special Mention Award at the Berlin International Film Festival. Dil Se still rules the hearts of many through its iconic songs such as Jiya Jale, Chaiyya Chaiyya, and Dil Se Re among others.

She was last seen in 2018 film Bhaiaji Superhit. She is currently living in Los Angeles with husband Gene Goodenough.