Preity Zinta Was Not Always A Cricket Fan. Read Her Post 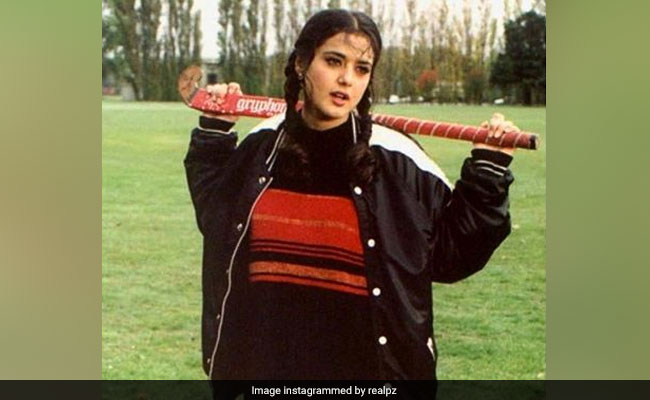 Hey Folks! Its throwback Thursday and Preity Zinta gave her Instafam the perfect treat by sharing a special picture on her Instagram profile. The 44-year-old actress, who has a treasure full of throwback pictures, posted another picture from her photo archive. In her post, Preity did not exactly reveal when the picture was taken but it appears to be from her teenage years. Dressed in winter wear and with her hair tied in pigtails, Preity looks really cute as she poses with a hockey stick in her hand. Preity, who is the owner of the IPL (Indian Premier League) team Kings XI Punjab, captioned the post: "The only thing constant in life is change. Ek waqt tha jab mai hockey seekh rahi thi- aaj main cricket ki deewani hun. Waqt ke saath hum badal jaate hain."

The only thing constant in life is change.#throwbackthursday #tbt #ting #throwback #thursdaythoughts

Anyone who has been following the actress on social media would be aware of the fact that the Veer Zaara actress loves sharing throwback pictures. Last month, Preity shared a throwback picture of herself along with her friend from her school days. "Look how clueless we were... We didn't know what was in our future," read an excerpt from her post.

Look how clueless we were.... We did'nt know what was in our future or what we were going to be except that we would always be friends and we would always be there for each other through our highs & lows. I'm so happy we made it this far my darling @shagunkhanna This Thursday is dedicated to my bestie and our #15yearchallengewhen we were 15 years old #throwbackthursday #girlpower # #friendshipgoals #ting

Preity often delights her fans with throwback posts, which often feature Bollywood stars. Take a look at some of the posts here:

On the work front, Preity Zinta was last seen in the 2018 comedy film Bhaiaji Superhit, which also featured Sunny Deol and Ameesha Patel in pivotal roles.