Preity Zinta said: "People tell me they liked me a lot in Kal Ho Na Ho and I think she did a wonderful job as Geet" 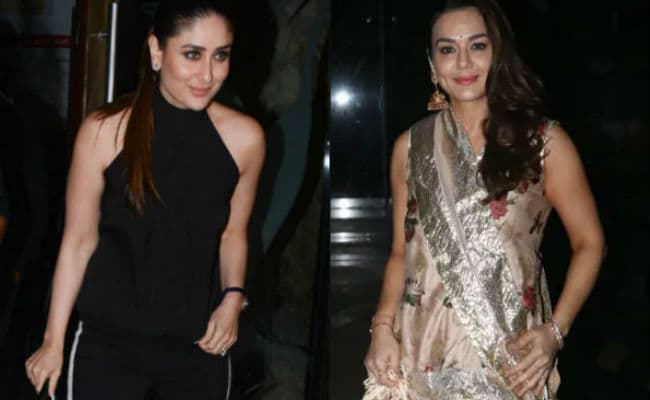 Actress Preity Zinta signed Kal Ho Naa Ho (2003) after Kareena Kapoor declined to be a part of the film while the portrayal of Geet in Imtiaz Ali's Jab We Met (2007) - a role which was first offered to Preity - will always be counted among Kareena Kapoor's finest performances. Preity told news agency PTI that this crossover of projects is a 'karmic connection.' She said: "There is a karmic connection between Kareena and me. We both are in very good karma with each other because she said no to Kal Ho Na Ho and I said no to Jab We Met, both of them are iconic and career defining films. People tell me they liked me a lot in Kal Ho Na Ho and I think she did a wonderful job as Geet."

Kal Ho Naa Ho, which was produced by Karan Johar and directed by Nikkhil Advani, completes 15 years tomorrow and speaking to PTI, Preity said that the film is special to her. "It was very special to me because I lost my first love. I was in love with him, he was not. I felt strongly when the film was offered to me. Some of the best things have happened to me during that film," Preity said. Karan Johar, in his autobiography An Unsuitable Boy, said that Kareena had asked for a salary equal to that of Shah Rukh Khan, one of the film's two heroes. Therefore, he signed Preity.

Speaking about Kal Ho Naa Ho, Preity Zinta said: "It was one of those films that filled me with joy but it broke our hearts as well. It was a roller coaster ride... It is a timeless film. I am fortunate that I was a part of it."