"Pregnancy Is Not Pretty Sometimes," Writes Mom-To-Be Sonam Kapoor. See What She Posted 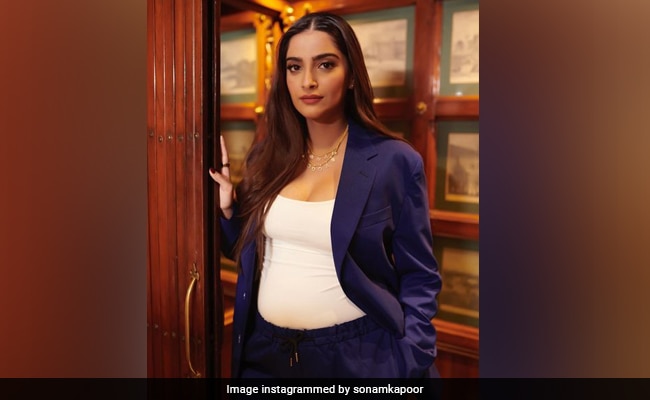 Sonam Kapoor, who is going to welcome her first child with husband Anand Ahuja, has been sharing glimpses of her pregnancy journey. Recently, Sonam shared a picture of her swollen feet while sitting in the bed and wrote: "Pregnancy is not pretty sometimes." Sonam and Anand got married in 2018 and live in Notting Hill, London. Sonam's baby shower was organised in June and for the occasion, the actress wore a gorgeous pink gown. Besides this, Sonam Kapoor is also doing "home stretches" during pregnancy, which she announced in March. 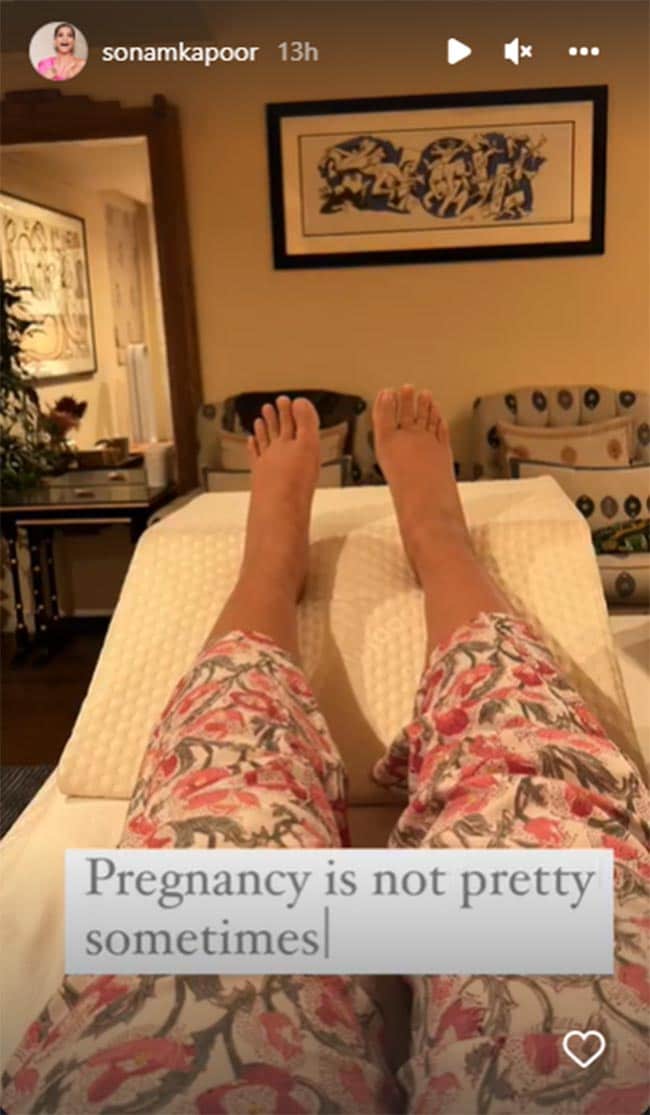 In June, Sonam Kapoor posed for a photoshoot in an Abu Jani Sandeep Khosla outfit. Sharing the pictures, she wrote: "On the cusp of motherhood and at the brink of my birthday, I'm choosing to dress how I feel - Pregnant and Powerful, Bold and Beautiful..."

Here, take a look at Sonam Kapoor's pictures from her baby shower.

Earlier this year, Sonam shared how "difficult" her initial weeks of pregnancy were. "No one warns you how difficult it will be, but it will be difficult. Every week, every day, your body evolves, and you have new sensations. I can't sleep sometimes because I have to go to the bathroom, sometimes I'm sleeping for 10-12 hours and no one can wake me up. I am usually an early riser and it was like at 8:30 and I just could not get out of bed," she told Vogue India.

On the work front, Sonam will star in the forthcoming film, Blind. The Sujoy Ghosh directorial also stars Purab Kohli, Vinay Pathan and Lillete Dubey. It is a remake of the 2011 Korean film.