"Are you married," is what folks are asking Prateik Babbar 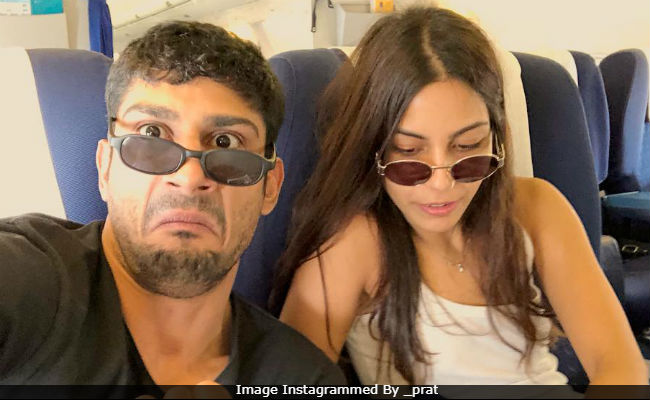 New Delhi: An Instagram post by actor Prateik Babbar has left the Internet very confused. "Are you married," is what folks are asking him, after Prateik posted a picture of his fiancee Sanya Sagar, with a caption that reads as, "Wifey - boss, Sanya Sagar." He also added a heart emoticon to his post. "Right answer baby-cakes!! Damn straight," is what Sanya replied. 'Wifey' is the word which has caught the Internet's attention and comments like "is she is your wife?" and "Your wife, what?" have been posted. Neither Prateik nor Sanya has clarified the usage of 'wifey' in the post. The couple got engaged in Lucknow (her hometown) in January.

Take a look at Prateik Babbar's post for Sanya Sagar.

Actually, Prateik's post can also be a reference to a new campaign started by soft drink giant Coca-Cola.

Meanwhile, coming back to Prateik Babbar and Sanya Sagar, the couple announced their engagement via an Instagram post. "Holy snap! That just happened!" he wrote.

"She's the best partner I could have asked for. It didn't take me long to figure out that she was the one for me," Prateik had Mumbai Mirror after the engagement ceremony.

Promoted
Listen to the latest songs, only on JioSaavn.com
Sanya is a writer-director and they have known each other for eight years. Prateik had proposed to Sanya last year in Goa.

Prateik Babbar, 31, is the son of late actress Smita Patil and Raj Babbar. He recently opened about his battle with drug abuse. He was last seen in Baaghi 2 and Mulk is his upcoming film.