Prateik Babbar And Girlfriend To Get Engaged Soon: Reports 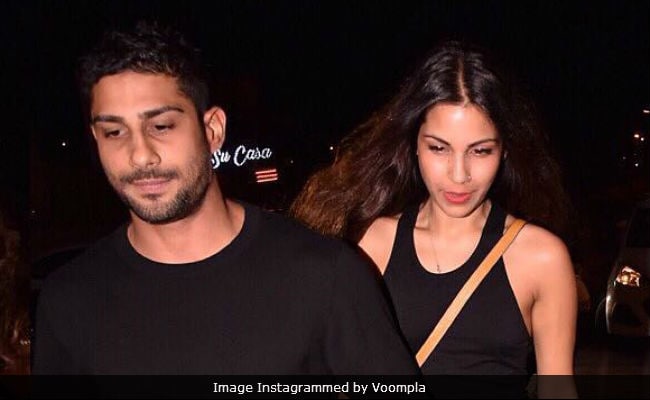 New Delhi: Actor Prateik Babbar, who will soon feature in Baaghi 2, will reportedly get engaged to his girlfriend Sanya Sagar in January. The reports state that Prateik - son of veteran actor Raj Babbar and late actress Smita Patil - will exchange rings with Sanya on January 22 in Lucknow (Sanya Sagar's hometown). The couple started dating in early 2017. A source told Bombay Times: "The engagement will be a close-knit affair. Their families are tight-lipped about it, as Prateik wants to go a little easy and stay away from the limelight unless it's work-related. While they have decided to get engaged in Lucknow, the date is subject to change as the families are yet to finalise a few things."

Prateik Babbar, who is known for his roles in films like Jaane Tu Ya Jaane Na, Ek Deewana Tha and Dhobi Ghat, will feature as an antagonist in Ahmed Khan's upcoming film Baaghi 2, co-starring Tiger Shroff.

Prateik made headlines last year when he opened about his battle with drug addiction and then in April, he revealed why he decided to come clean about his drug habit. Prateik later featured in a new video titled Dil Se Azaad, in which he highlighted the stigmas attached to drug addiction and focused on ways to overcome substance abuse. "Through this video, I want people to understand that I wasn't born an addict and no one consumes drugs to get addicted. I have moved mountains to overcome addiction and now drugs for me is like a bad chapter that is all over," Prateik said in a statement, reported news agency IANS.