Prabhudheva Finds it 'Tough' To Do Commercial Films 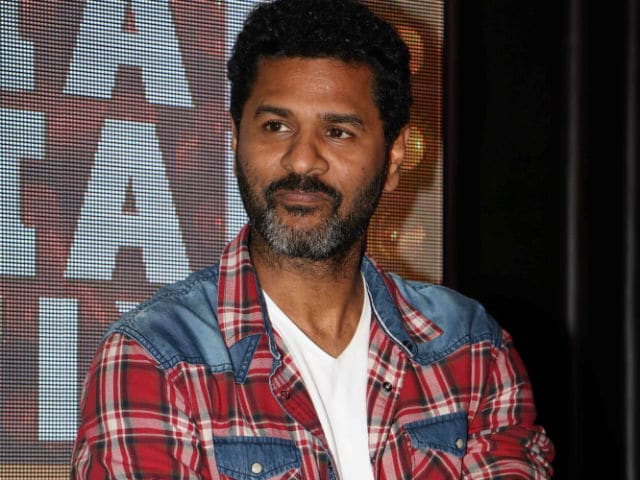 New Delhi: Choreographer-actor-filmmaker Prabhudheva, who's next Bollywood outing is Tutak Tutak Tutiya, finds it fun to be part of commercial films.

Asked if being part of masala films is tough, Prabhudheva, during a visit to the IANS headquarters here, said: "To do the film is tough, but it's fun to be in commercial films."

Known for his flexible and unique dance moves, the 43-year-old star agrees that the scope of dance in terms of choreography is shrinking.

"I think so (the scope of dance in terms of chorography is shrinking). More of stories is there (in songs). I don't see many people dancing and all. I have seen very good dancers not dancing much. I don't why," said Prabhudheva.

A new generation of actors like Tiger Shroff, Varun Dhawan and Sushant Singh Rajput are coming well-prepared to the industry as far as their dance skills are concerned.

Is dancing a mandatory quality for actors to get into Bollywood?

"It (dance) will be helpful. It is not mandatory, but it will be a plus point (for them)," said the actor, who has made Sonu Sood and Tamannaah Bhatia groove to numbers in Tutak Tutak Tutiya.

While he rated Tamannaah as "very good" with her dance, he said Sonu was "okay".

While shooting a song for the movie, Prabhudheva had suffered temporary paralysis due to a severe muscle pull. Does he plan to slow down?

Promoted
Listen to the latest songs, only on JioSaavn.com
"Of course, I will slow down after 60," quipped the multi-faceted 43-year-old, who has directed films like Rowdy Rathore, R... Rajkumar, Singh Is Bliing, Action Jackson and Ramaiya Vastavaiya. Tutak Tutak Tutiya is set to release on October 7.