Prabhas Zeroes In Shraddha Kapoor For His Next Saaho. Finally

Earlier this month, formalities to get Shraddha on board the action thriller had already begun 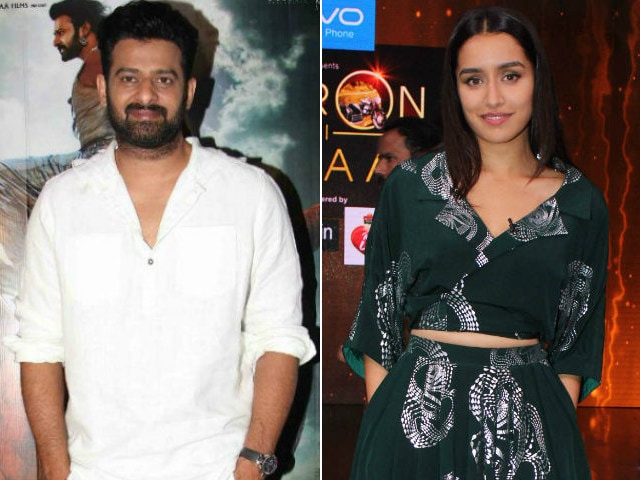 Prabhas and Shraddha Kapoor will co-star for the first time

New Delhi: Team Saaho has finally welcomed Shraddha Kapoor to star opposite Prabhas in the film, reported Pune Mirror. Shraddha has stumped a list of actresses also reportedly comprising Katrina Kaif and one-film-old Pooja Hegde. The 30-year-old actress fits the role 'perfectly', the producer of the movie told Pune Mirror. "Shraddha is the perfect choice for the role. We are excited to have her on board with us," is how he confirmed the much talked-about cast. After Prabhas' starring role in the two-part magnum opus Baahubali, fans and followers were looking forward to the news of his next heroine with bated breath. The actor's Baahubali co-star Anushka Shetty was also reportedly in consideration for the part. Meanwhile, Neil Nitin Mukesh plays the villain in Saaho.

Earlier this month, formalities to get Shraddha on board the action thriller had already begun. Dates were being chalked out ahead of an official confirmation, when a source told Deccan Chronicle: "The filmmakers approached her and she agreed to come on board. But she is yet to sign on the dotted line. Other modalities are still being worked out too."

A latest pic of Handsome #Prabhas#Saahopic.twitter.com/Suji8nrY3J

Directed by Telugu filmmaker Sujeeth Reddy, Saaho will be Prabhas' first film after Baahubali: The Conclusion. Fans have already been teaser with the first look of the film in a teaser released in April. The makers of Saaho have promised adrenaline-pumping action sequences, courtesy internationally recognised stuntman Kenny Bates, known for films like Die Hard and Transformers.

Promoted
Listen to the latest songs, only on JioSaavn.com
For Saaho's ambitious stunt sequences, an extensive set has been designed in Hyderabad's Ramoji Film City, reported Pune Mirror. The film will also expectedly be shot in Romania, Abu Dhabi and locations across Europe. Saaho is expected to arrive in theatres next year.

Last seen in Half Girlfriend, Shraddha Kapoor plays the protagonist in the upcoming Haseena Parkar.