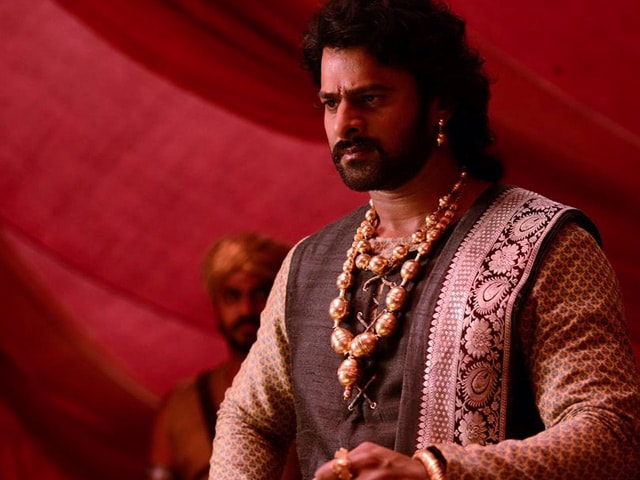 Prabhas in a still from Baahubali.

New Delhi: Telugu superstar Prabhas is yet to make his Bollywood debut but the actor said that he has been a huge admirer of director Rajkumar Hirani's films.

Prabhas, 35, who will seen in the upcoming multilingual epic drama Baahubali, said he loves watching Hindi movies and the last film he saw was Aamir Khan's PK.

"I love Rajkumar Hirani's films. I saw PK and I didn't like it much. But I loved his previous three films. I have seen Munnabhai MBBS and 3 Idiots around 20 times," Prabhas told PTI.

The first part of SS Rajamouli-directed two-part film Baahubali, which is touted to be India's biggest motion picture, will hit the screens on July 10.

The Hindi theatrical version is presented by Karan Johar.

"Karan Johar is a great person. He is such a big name in Indian film industry and to see him speaking good things about Rajamouli and our film was a pleasure. Without Karan Johar we can't imagine releasing Baahubali in Hindi," said Prabhas, who will be essaying the role of both father (Baahubali) and son (Shivudu) in the film.

The Billa star revealed he was the first one to be onboard for the big-budget film as SS Rajamouli discussed the idea with him six years ago.

"Rajamouli told me about this big film he wanted to make six years back. At that time the story was not ready. Three and a half year later he came with the complete script which had a huge canvas. He gave me a 20-minute narration and I got goosebumps," Prabhas said.

The actor considers the vMagadheera director as his idol. "I consider Rajamouli my guru. He is a friend with whom I can discuss all my professional and personal matters. He is a beautiful person and a beautiful soul. I know I can call him anytime and that comfort shows in our work," Prabhas said.

Baahubali is an epic action drama being made in two parts. The cast of the film is already working on the second part.

"We have done 40 per cent of the shooting for second part and the remaining 60 per cent will probably need one year to complete," he said.