"Witness this epic drama in cinemas again," read the caption on the poster 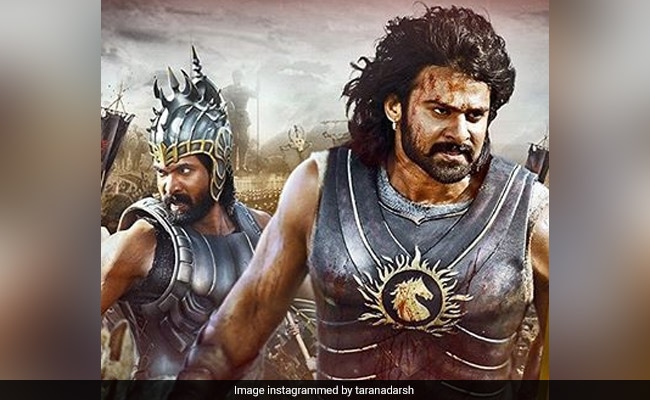 A still from Baahubali. (courtesy taranadarsh)

For those who missed watching SS Rajamouli's Baahubali series in theatres by any chance, here's another opportunity to catch the magnum opus in cinemas. Yes, the Baahubali series of films is slated to re-release in theatres. Bollywood trade analyst Taran Adarsh shared the big news on social media on Wednesday morning and he wrote: "In cinemas again... SS Rajamouli's much-loved and hugely successful Baahubali and Baahubali 2 to re-release in cinemas... Check poster for details." He also tagged the film's actors Prabhas, Rana Daggubati, Anushka Shetty and Tamannaah. The first part of the film will release on Friday (November 6), while the second installment will hit the screens next Friday (November 13).

IN CINEMAS, AGAIN... #SSRajamouli's much-loved and hugely successful #Baahubali and #Baahubali2 to re-release in *cinemas*... Check poster for details.#Prabhas#RanaDaggubati#AnushkaShetty#Tamannaahpic.twitter.com/oPeL79Alyb

Besides Prabhas and Rana Daggubati, the Baahubali series also featured Anushka Shetty, Tamannaah Bhatia, Ramya Krishnan, Sathyaraj, Nassar and Subbaraju in pivotal roles. The film not only won the hearts of Indian audiences, it was equally adept at performing well in the international arena and it premiered at international film fests like - the British Film Institute and the 39th Moscow International Film Festival.