Shamita Shetty and Raqesh Bapat pose together in the city.

Shamita Shetty and Raqesh Bapat were spotted out and about in the city today to promote their song, Tere Vich Rab Disda. The duo, busy with publicity duty, posed and smiled for the shutterbugs in Mumbai. Shamita looked stunning in a maxi dress and Raqesh wore a blue striped shirt with white pants and red shoes. Shamita and Raqesh, who began dating during Bigg Boss OTT, announced their break-up last month, however, urged their fans to support them as individuals, especially as they worked together on their music video. The song, which was released on August 2, has been sung by musical duo Sachet Tandon and Parampara Tandon. Lyrics have been written by Manoj Muntashir while Ashish Panda directed the music video.

Take a look at Shamita Shetty and Raqesh Bapat's pictures below: 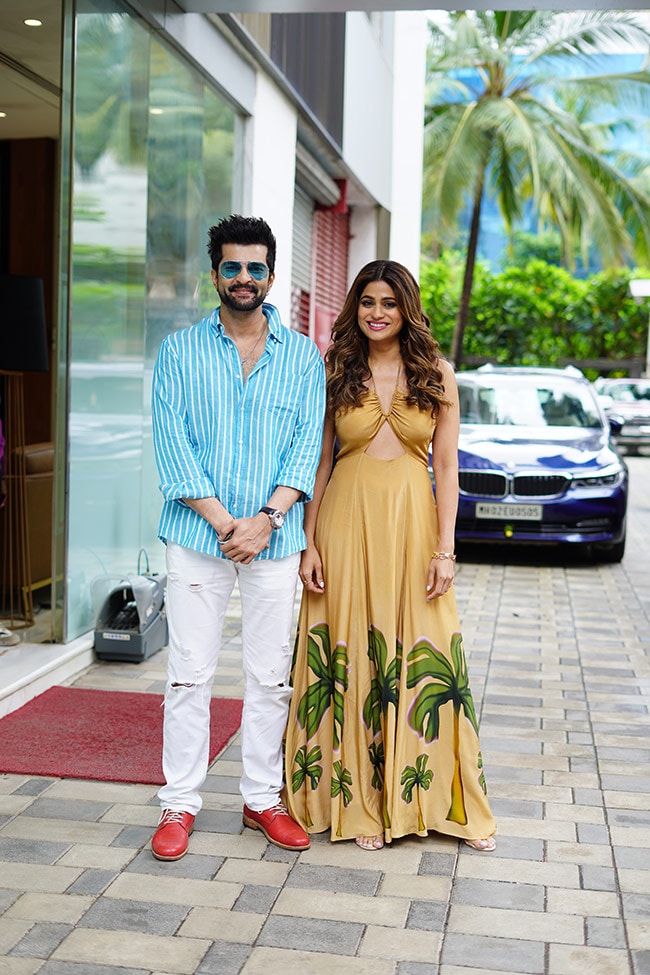 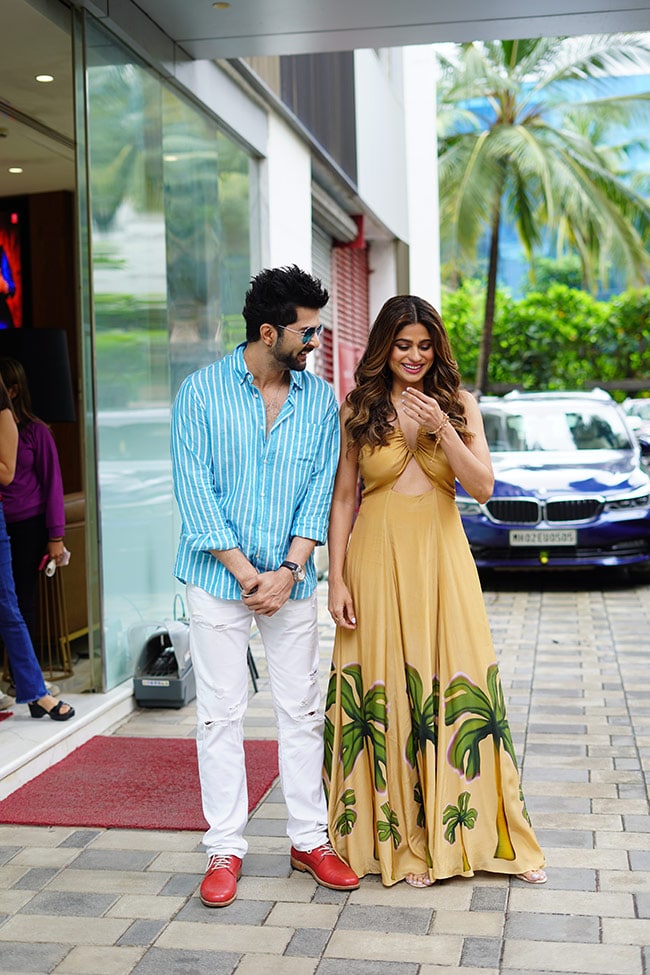 Last month, Shamita shared an Instagram story announcing her break-up and wrote: "Think it's important to make this clear. Raqesh and I are no longer together and have not been for a while, but this beautiful music video is for all the fans who've given us so much love and support. Do continue to shower us with your love as individuals too. Here's to positivity and newer horizons. Love and gratitude to you all." Raqesh, too, shared a note: "I would like to share with you all that Shamita and I are no longer together. Destiny made our paths meet in the most unusual circumstances. Thank you so much to the Shara family for all the love and support. Being a private person, I did not want to publicly announce parting ways. However, I feel we owe it to our fans to put this out. I am mindful that this will break your hearts but you can continue to shower your love on us as individuals too. Looking forward to all your support. This music video is dedicated to all of you." 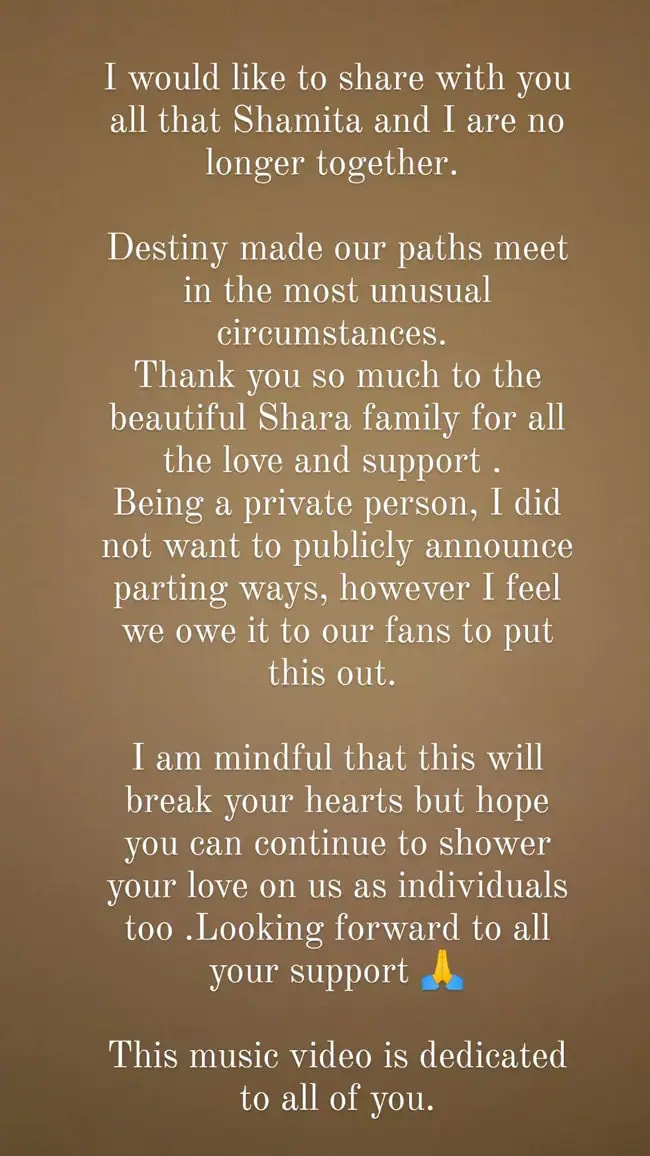 Shamita, 43, and Raqesh, 43, fell in love in the Bigg Boss OTT house. The couple ended up participating in Bigg Boss 15, however, Raqesh, who was a wildcard entrant, had to exit the show due to medical reasons.