Earlier, Pooja Bhatt had revealed she quit drinking on Christmas Eve in 2016. 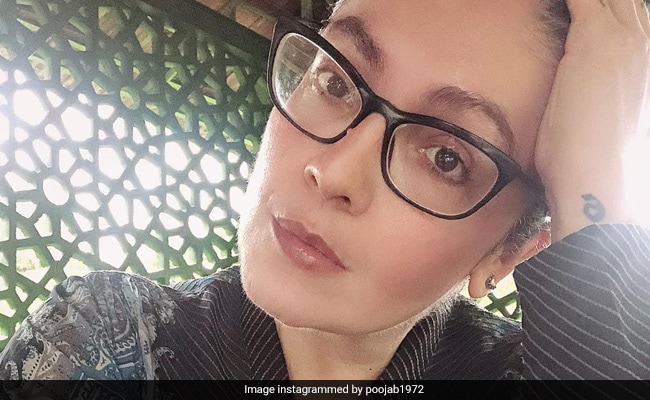 Actress-filmmaker Pooja Bhatt, who never holds back when it comes to opening up about her battle with alcoholism, wrote about the stigmatisation of "addictive behaviour" in an Instagram post. Today marks an important day for Pooja Bhatt, who wrote: "Three years and nine months sober today. One more quarter and I will be four. As someone who drank openly, I chose to recover openly. I truly felt it was important to share my journey to tell others, women especially, who might be struggling that they are not alone and if I could do it so could they. Was ridiculed by some but lauded for being courageous by most." Earlier, Pooja Bhatt had revealed she quit drinking on Christmas Eve in 2016.

Having battled alcoholism herself, Pooja Bhatt implied that simply because drinking is a "social accepted" behaviour, one must not oversee the truth behind it. Instead, she said, normalising talks around recovering from alcoholism is the need of the hour: "I wondered why people termed speaking openly about addiction issues courageous. And also why there is an 'anonymous' attached to groups that help you recover. I understand more than ever today that it's because people simplify/stigmatise addictive behaviour and tend to criminalise it without attempting to understand why someone used a substance to begin with. Alcohol is a drug, and was my drug of choice. Just because it is socially acceptable does not mean it is not," read an excerpt from Pooja Bhatt's post.

Pooja Bhatt said that during her years of sobriety, she has had to resort to all kinds of "excuses" to avoid drinking at social gatherings: "I have had to make more excuses for not drinking in the last few years than I ever have for drinking to friends, foes and 'well' meaning acquaintances alike."

In 2017, Pooja Bhatt talked about battling alcoholism for the first time in an interview with Mumbai Mirror. Pooja Bhatt had said that she came to the sudden realisation that if she hadn't quit drinking at the age of 45 then she would have "drank myself (herself) to the grave." Since then, she has marked milestone moments about staying sober in social media posts.

In terms of work, Pooja Bhatt was part of the recently released film Sadak 2, which also stars her sister Alia Bhatt and has been directed by father Mahesh Bhatt.