Ponniyin Selvan - I will release on September 30 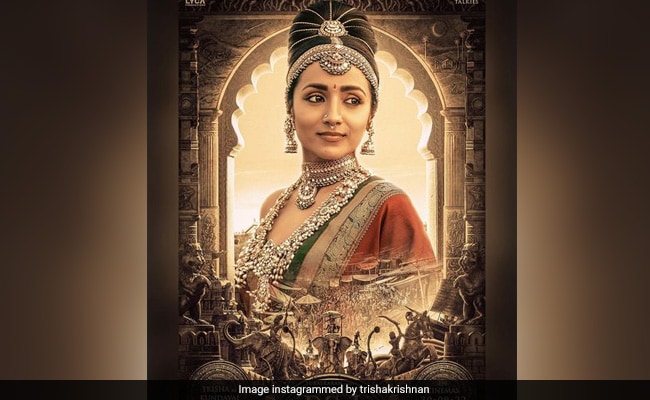 The makers of Ponniyin Selvan: Ihave unveiled a poster of Trisha Krishnan that introduces her character. Trisha will be seen playing the role of Princess Kundavai, a Chola princess, in the two-part period drama. In the poster, the actress looks beautiful in a red and green saree. Sharing the poster, Trisha Krishnan captioned it as, "In a world of men, a woman of courage. Presenting Princess Kundavai! #PS1 releasing in theatres on 30th September in Tamil, Hindi, Telugu, Malayalam and Kannada! ". Check out the poster below:

Helmed by Mani Ratnam, the movie is based on Kalki Krishnamurthy's 1995 historical novel Ponniyin Selvan chronicling the rise of the Chola dynasty.

Makers also unveiled the looks of Vikram as crown prince Aditya Karikalan, the elder brother of Trisha Krishnan's character, and Karthi as Vanithiathevan, a commander in the Chola army. Check out the posts below:

Meanwhile, on the work front, Trisha Krishnan was last seen in 2021 in the Tamil movie Paramapadham Vilayattu. In 2010, she made her Bollywood debut in Khatta Meetha, co-starring Akshay Kumar.

Ponniyin Selvan: Trisha Was Asked For Her "Live Location" By Karthi. Her LOL Reply