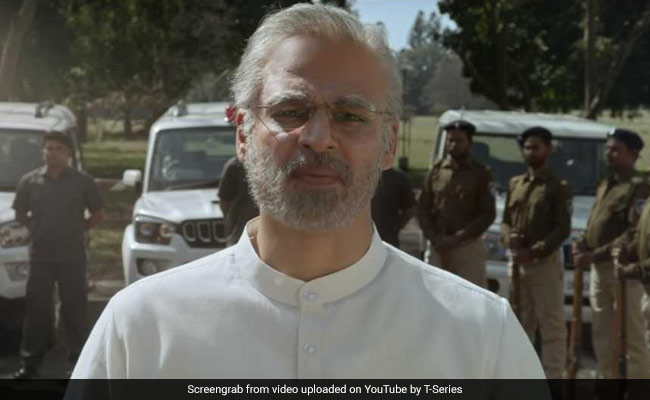 The much-awaited trailer of Omung Kumar's PM Narendra Modi hit the Internet on Wednesday night and it occupied a spot on the trends list within no time. The two-and-half minute trailer showcases the life of Prime Minister Narendra Modi. Vivek Oberoi, who plays the titular role in the film, manages to get the appearance right. However, the actor is not entirely convincing as Prime Minister. The trailer touches upon the most important events of PM Modi's life, which includes his association with the Rashtriya Swayamsevak Sangh, his days as the Gujarat Chief Minster and of course, the 2014 Lok Sabha elections. Boman Irani, who plays the role of business tycoon Ratan Tata and Manoj Joshi, who features as BJP (Bharatiya Janata Party) president Amit Shah, make a blink-and-miss appearance in the trailer.

The trailer of PM Narendra Modi has over 1 million views as of now. Take a look at the trailer here:

Vivek Oberoi shared the film's trailer on social media on Wednesday night and wrote: "Extremely proud to present to you all a glimpse of a journey never been shown. Our humble effort in trying to recreate an extraordinary life story of an extraordinary human being."

Extremely proud to present to you all a glimpse of a journey never been shown. Our humble effort in trying to recreate an extraordinary life story of an extraordinary human being. #PMNarendraModi@narendramodi@sandip_Ssingh@sureshoberoi@OmungKumarhttps://t.co/Yk3qkIhiRz

PM Narendra Modi  went on floors in January this year. The film has extensively been shot across a variety of locations including Gujarat, Uttarakhand and Mumbai. Vivek Oberoi announced his association with the project by sharing the film's poster and wrote: "We humbly ask for your prayers and blessings on this incredible journey. #AkhandBharat #PMNarendraModi."

PM Narendra Modi has been directed by Omung Kumar, who is best-known for directing biopics like Mary Kom and Sarbjit. The film has been produced by Sandeep Ssingh. The film also features veteran actress Zarina Wahab as PM Modi's mother Heeraben Modi and TV actress Barkha Bisht Sengupta, who will be seen portraying PM Modi's estranged wife Jashodaben Narendrabhai Modi.

PM Narendra Modi will hit the screens on April 5.