PM Narendra Modi Mourns Shriram Lagoo: 'His Work Will Be Remembered For Years To Come'

"Through the years, he enthralled audiences with outstanding performances," wrote PM Narendra Modi 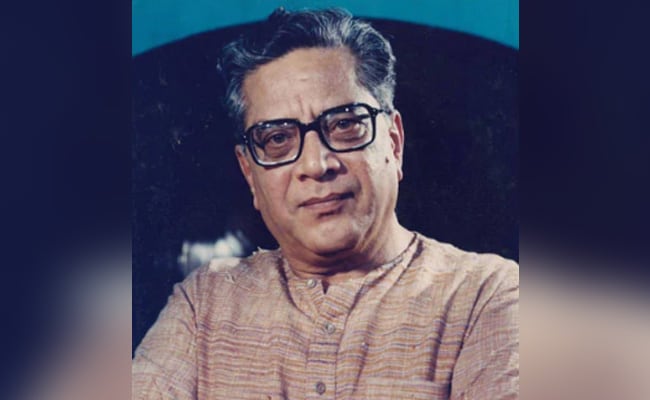 A file photo of Shriram Lagoo.

Prime Minister Narendra Modi mourned veteran actor Shriram Lagoo on Wednesday. The cinematic legend died in Pune on Tuesday evening due to old age related ailments, reported news agency PTI, citing scriptwriter Satish Alekar. He was 92. Paying tribute to the legendary actor, PM Narendra Modi wrote on social media that Shriram Lagoo's "work will be remembered for years to come." He tweeted: "Shriram Lagoo personified versatility and brilliance. Through the years, he enthralled audiences with outstanding performances. His work will be remembered for years to come. Anguished by his demise. Condolences to his admirers. Om shanti."

Dr. Shreeram Lagoo personified versatility and brilliance. Through the years, he enthralled audiences with outstanding performances. His work will be remembered for years to come. Anguished by his demise. Condolences to his admirers. Om Shanti.

Shriram Lagoo died at a private hospital in Pune. His friend from the industry, Satish Alekar told PTI: "I spoke to his son-in-law. He died due to age-related complications." Shriram Lagoo was a well-known personality in Hindi as well as Marathi cinema and theatre. Throughout his career, he directed as well as appeared in several plays and films. He was best known for his performances in the 1977 Hindi film Gharaonda, the 1972 Marathi film Pinjra, the 1980 Marathi film Sinhasan, Thodisi Bewafaii (1980 Hindi film), the 1981 Hindi movie Laawaris and the 1983 iconic film Sadma.

Apart from acting, Shriram Lagoo was also associated with many social causes. He was also a trained otolaryngologist (a surgeon who deals with head and neck treatment).

Other than Prime Minister Narendra Modi, other politicians such as Prithviraj Chavan and Prakash Javadekar also condoled the legendary actor's death on social media.

My tributes to all time great artist Shreeram Lagoo. We have lost a versatile personality. A unique theatre actor dominated silver screen and created impact. He was social activists simultaneously.

Sad to hear the demise of #ShriramLagoo. We lost not just the legendary actor but a torchbearer of progressive and rationalist movement in Maharashtra. I shall always remember his character in 'Samna'. My condolences to his family.

Shriram Lagoo is survived by his wife Deepa Lagoo, who is a former actress.