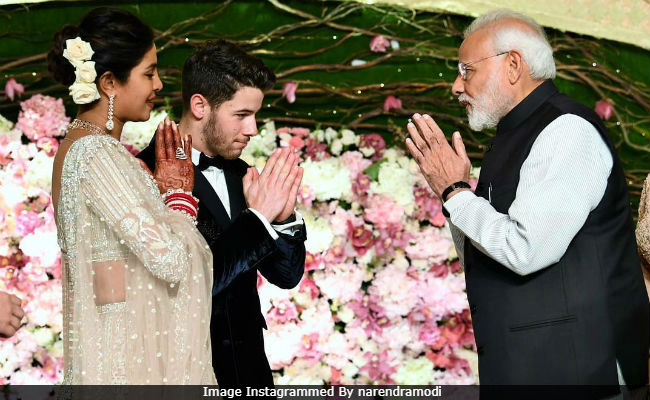 Prime Minister Narendra Modi, who attended Priyanka Chopra and Nick Jonas' wedding reception in Delhi last night, sent out his best wishes to the newlyweds. A picture of PM Modi greeting Priyanka and Nick at the ceremony was posted from his official Instagram account and the caption read, "Congratulations, Priyanka Chopra and Nick Jonas. Wishing you a happy married life." Priyanka and Nick married in Jodhpur over the weekend. Apart from PM Modi, the Delhi reception, which was hosted at the Taj Palace Hotel, was attended by other dignitaries and Priyanka's extended family in the national capital. Priyanka Chopra also posted a picture of herself and Nick with PM Modi and thanked him for blessing them.

Congratulations @priyankachopra and @nickjonas. Wishing you a happy married life.

At the wedding reception, Priyanka and Nick were accompanied by their respective family members. They posed for a photo-op at the venue. Priyanka looked beautiful in a silver lehenga while Nick looked dapper in a black tuxedo. The couple wore outfits designed by Falguni Shane Peacock. 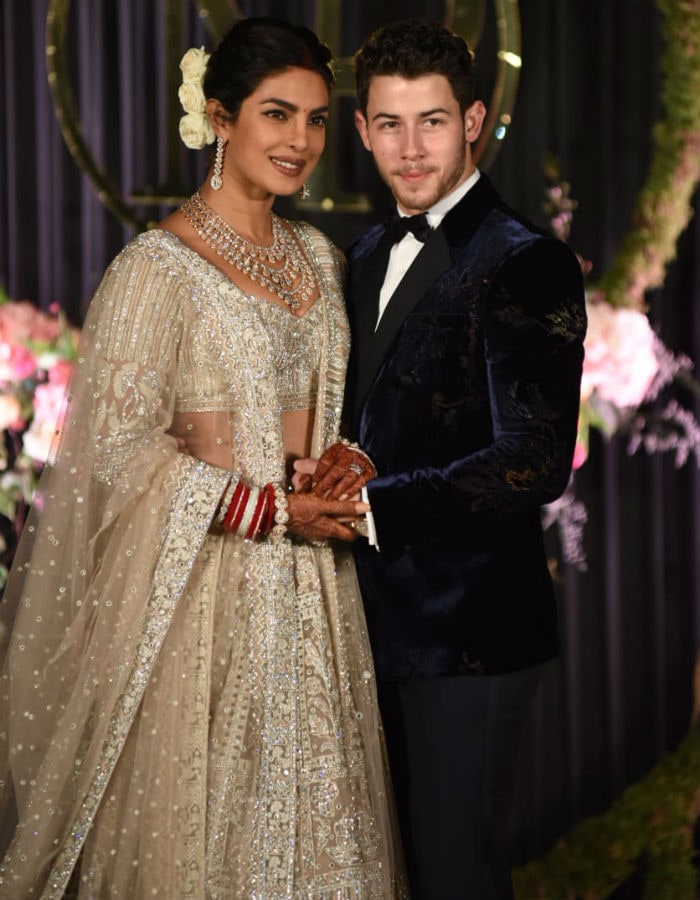 Priyanka and Nick flew to Delhi on Monday evening. The couple posed for paparazzi at the Jodhpur and Delhi airports. Priyanka wore a beautiful green Sabyasachi sari and accessorised her look with red bridal choora and a pearl set while Nick was casually dressed.

The couple married at Jodhpur's Umaid Bhawan Palace in a two-part wedding ceremony. The Christian wedding was held on December 1.

A wedding as per Hindu traditions took place on December 2.

Priyanka and Nick got engaged in August in a private roka ceremony in August in Mumbai. After Delhi, the couple are reportedly planning to host a wedding reception in Mumbai for the film fraternity.