Priyanka Chopra and Nick Jonas photographed at their Delhi reception

Prime Minister Narendra Modi attended Priyanka Chopra and Nick Jonas' wedding reception in New Delhi on Tuesday, which was held at the Taj Palace Hotel. Priyanka and Nick got married in a two-part wedding ceremony in Jodhpur over the weekend. This is the first reception the couple are hosting. Priyanka and Nick also posed for a photo-op at the venue. Priyanka looked resplendent in a silver lehenga while Nick complemented her in a black tuxedo. Priyanka accentuated her new bride look with matching jewellery. She wore her hair in a bun adorned with flowers. The couple were accompanied by their respective families on the stage. They were dressed in Indian outfits and posed for the paparazzi. 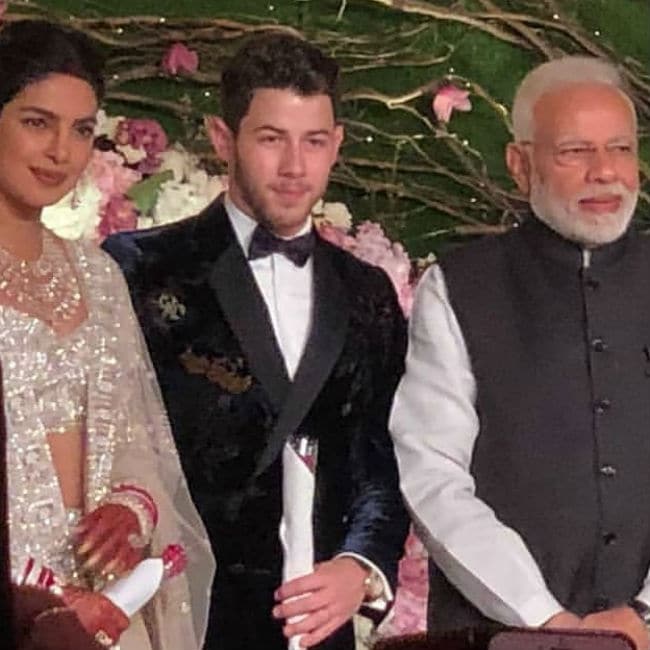 Here are the pictures from Priyanka Chopra and Nick Jonas' Delhi reception. 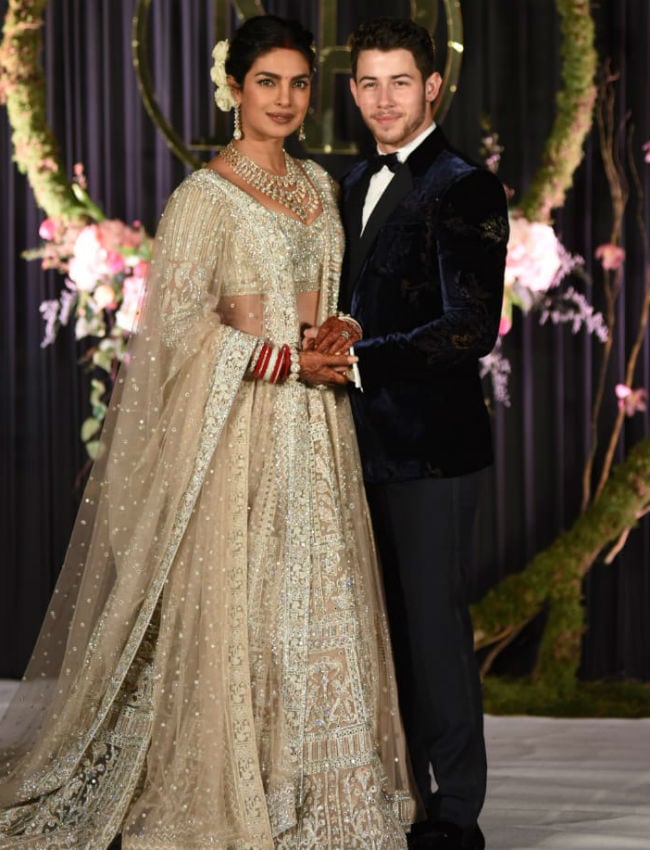 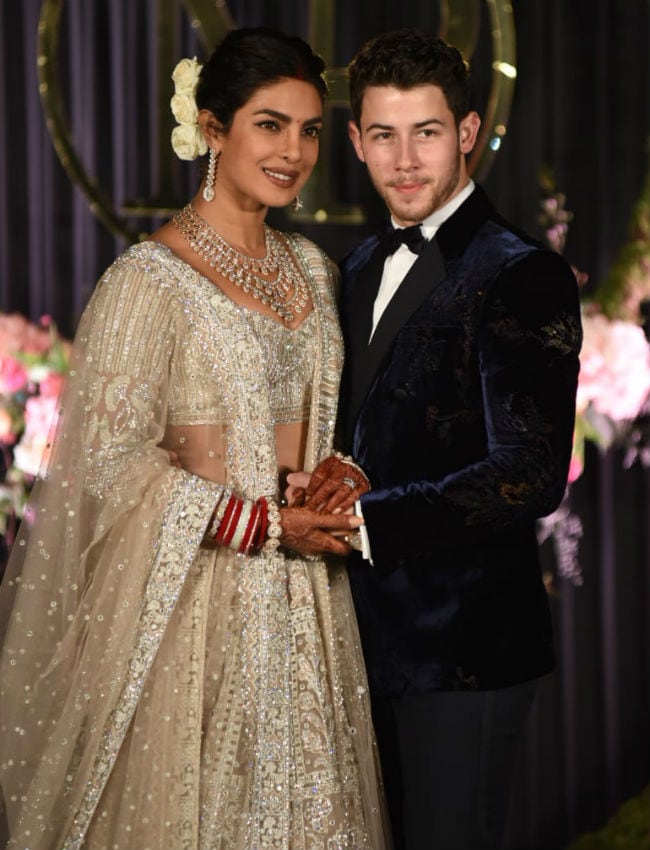 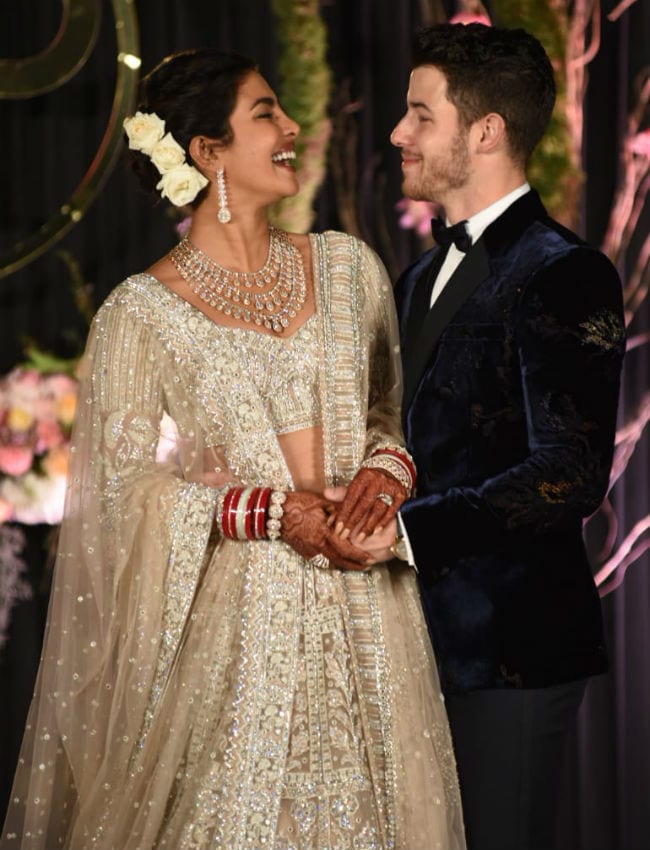 Priyanka and Nick arrived in the national capital on Monday evening. The couple posed for paparazzi at the Jodhpur and Delhi airports. The new bride wore a beautiful green Sabyasachi sari and accessorised her look with red bridal choora and a pearl set. She finished out her look with sindoor. Nick wore a safari jacket with matching pants. The newlyweds were accompanied by their respective families.

Priyanka Chopra, 36, and Nick Jonas, 26, exchanged wedding vows in a Christian ceremony on December 1 and on December 2, they got married as per Hindu rituals. Their pre-wedding festivities included a mehendi function and a sangeet ceremony.

Fabulous pictures from the wedding ceremonies were shared by the couple on their respective Instagram accounts.