Rysa Saujani plays the younger version of Sunny Leone, before she ventured into the adult film industry 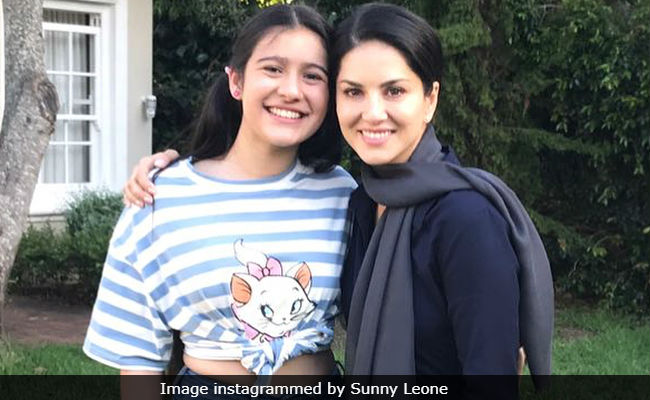 New Delhi: Rysa Saujani, 14, who plays the younger version of Sunny Leone in an upcoming web-series, based on actress' life, told news agency IANS that her role was "emotionally challenging." She plays Sunny Leone (12 to 15-years-old) before she ventured into the adult film industry. In earlier interviews, Sunny Leone had opened up about her experience of growing up in Canada and the challenges she faced there. "I am playing her innocent years between the age around 12-13 up to 15. I felt like the role was emotionally very challenging. I always wanted to play such types of roles that had a lot of emotional depth," Rysa, told IANS. The upcoming web-series is titled Karenjit Kaur - The Untold Story Of Sunny Leone.

Rysa Saujani said that she connected with Sunny Leone on Skype to prepare for the part. "Before arriving on the set, I did regular Skype calls, and felt like that helped me to understand young Sunny's journey a lot more. I was able to have my questions cleared which allowed me to act in my best ability."

"I have nothing but respect for her (Sunny Leone). She has always been very gracious and made me feel comfortable," Rysa added.

Rysa also told IANS that her family was supportive of her playing Sunny Leone in the series. "Within my family, especially, we don't have the right to make any judgements about someone. This (the show) reemphasized the belief that I had. She is one of the most genuine people I have ever met."

Before Sunny Leone, Rysa played the younger version of Huma Qureshi in 2017 film Dobaara: See Your Evil. "After doing Dobaara, I felt that acting was something that I really wanted to do," said Rysa, who was born in Dubai but is currently settled in England.

Promoted
Listen to the latest songs, only on JioSaavn.com
Rysa Saujani doesn't plan to move to Mumbai as she wants to focus on her education for now. She plans to take up a cource in acting in Los Angeles later. "I am still in school and doing my education in England. I do really care about my grades and want to do well. So, because of my education it is better for me to stay in London." Rysa also told IANS that she's "keen to continue in Bollywood and try going to Hollywood if possible."

Karenjit Kaur - The Untold Story Of Sunny Leone is currently in work-in-progress phase.