The couple sported a casual look 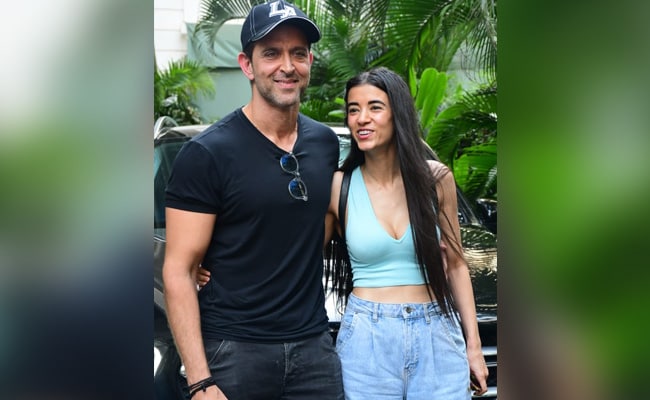 Hrithik Roshan and Saba Azad were pictured in Mumbai.

Bollywood couples and are often spotted together on many occasions. Today, when Hrithik Roshan's much-awaited film Vikram Vedhareleased in theaters, the actor was spotted with his girlfriend Saba Azad in Juhu. The couple, who sported causal outfits, posed for the shutterbugs. Hrithik Roshan was sporting an all-black look, while his girlfriend looked cute in a blue crop top and jeans. The couple was all smiles as they were clicked in Juhu. Hrithik Roshan and Saba  Azad are dating for a while now.

Check out their pictures here: 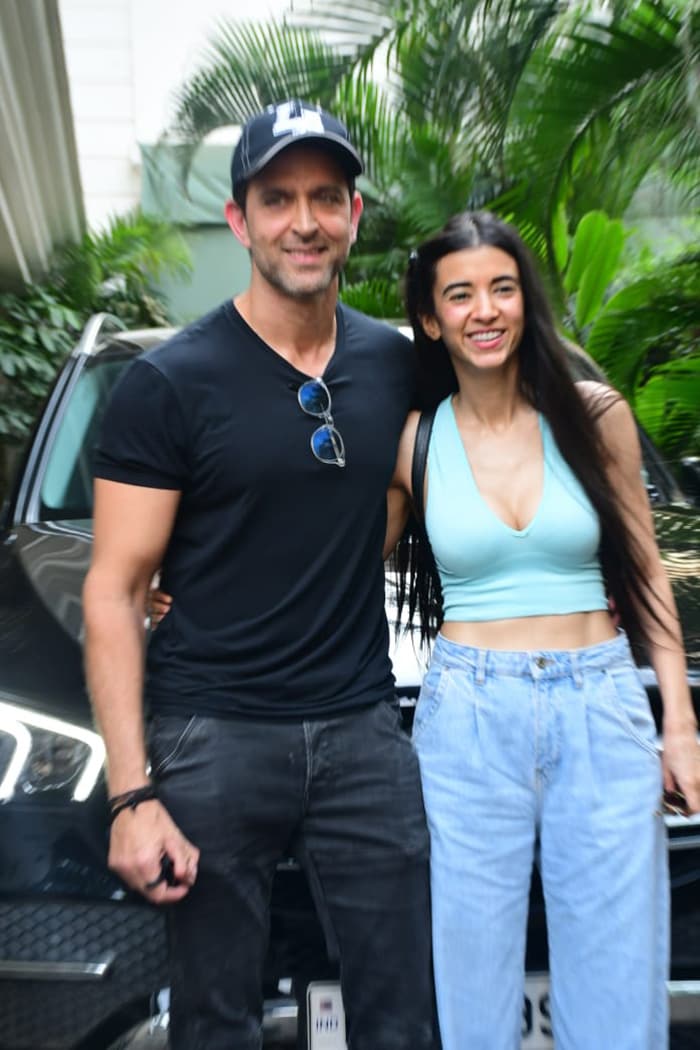 Hrithik Roshan and Saba Azad were clicked together in Juhu. 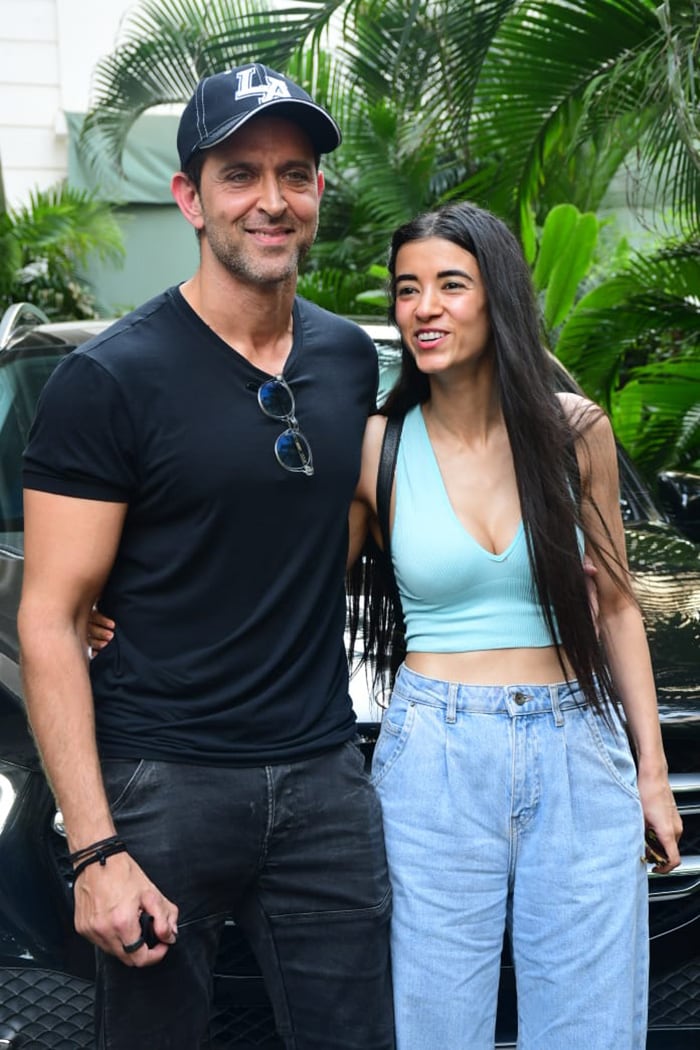 The couple was all smiles as they were clicked together. 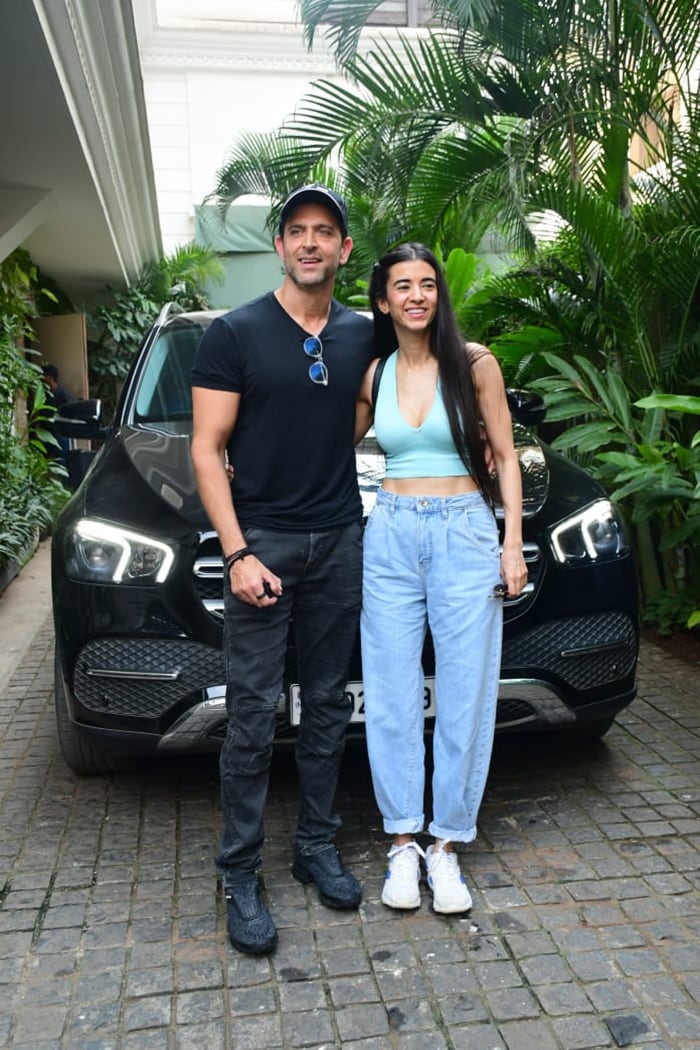 The couple sported a casual look. 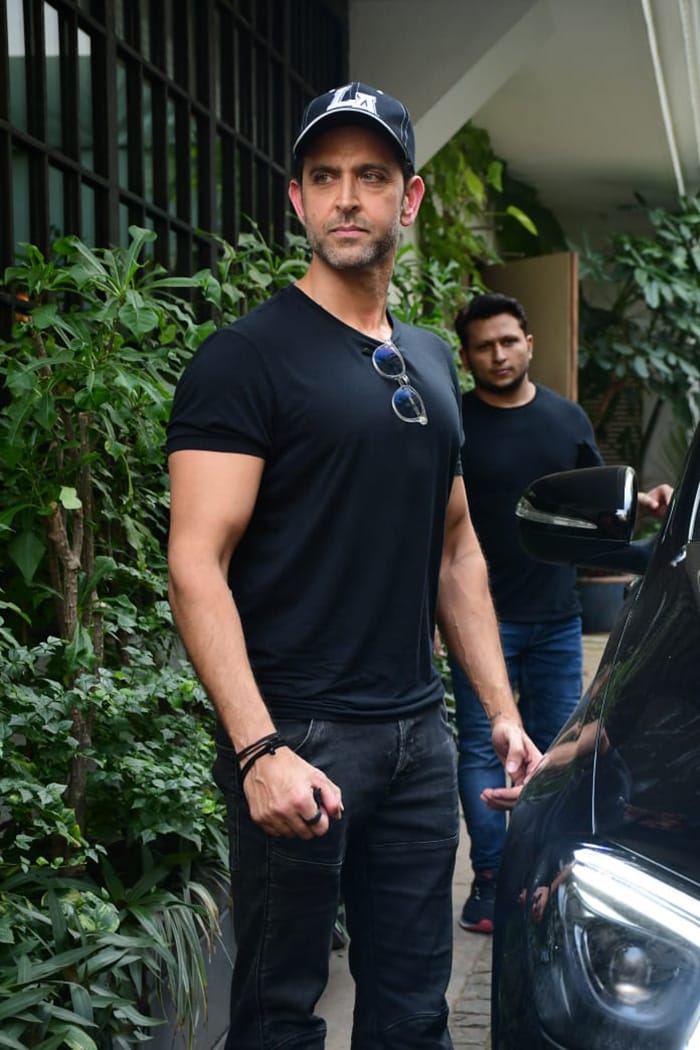 Hrithik Roshan and Saba Azad, who were rumoured to be dating until a few months ago, made their relationship official in Karan Johar's birthday party in May. Ever since, the couple often features on each other's Instagram handles.

A few days ago, Hrithik Roshan shared a birthday post for his niece Suranika. He shared many pictures, one of which also featured Saba Azad in it. Saba even reacted and commented on the post.

Saba is often seen commenting on her boyfriend Hrithik's Instagram's post and also attends many of his family gatherings.

Check out a few posts here:

It is the official Hindi remake of the 2017 Tamil film of the same name, starring R Madhavan and Vijay Sethupathi in the lead roles.

Other than Vikram Vedha, the actor will be seen in Siddharth Anand's Fighter, also starring Deepika Padukone in the lead role.