"Paris is lovely, even in August," wrote Padma Lakshmi 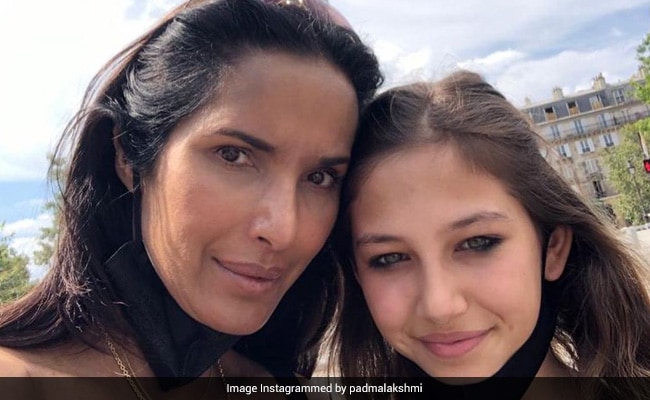 Model and host Padma Lakshmi checked into Paris, France and she is not alone. Guess, who is accompanying her at the holiday? Her 11-year-old daughter Krishna Thea. Sharing photographs and videos from her picture-perfect holiday album, she wrote in the caption:"Paris is lovely, even in August." Padma Lakshmi added the hashtag #littlehands to her post. The comments section was full of remarks from fans. "She's all grown up! Gorgeous," read a comment. "This mother/daughter level of beauty is absolute insanity," read another comment.

Earlier this year, Padma Lakshmi trended big time for her look at the Billboard Music Awards. She wore a Christian Siriano suit covered in crystals and accessorised it with a shimmery clutch. She introduced the K-pop band BTS. She was perfection personified. "Feeling myself in this Christian Siriano suit! En route to meet BTS," she wrote.

Padma Lakshmi is a woman of many hats. Best-known for hosting and judging popular food reality show Top Chef, she has written books like Easy Exotic And Tangy, Tart, Hot And Sweet. She is also an activist and a model. She also hosted new Hulu documentary series Taste The Nation.