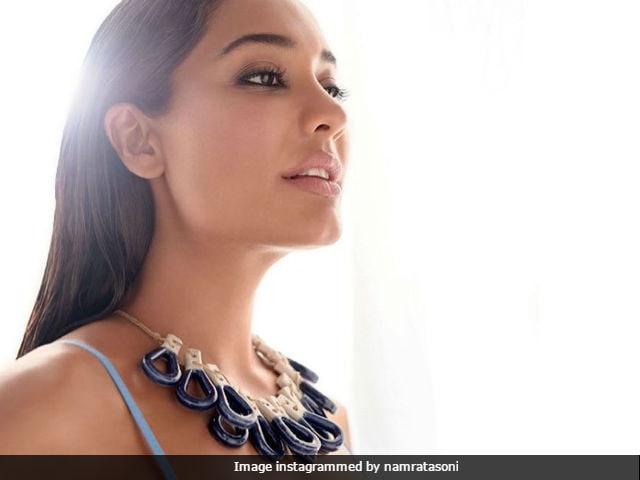 New Delhi: Actress Lisa Haydon, who featured on the cover of fashion magazine Elle with her baby bump, shared a new picture from the photoshoot. It will be Lisa Haydon, 30, and her husband Dino Lalvani's first child together. Lisa Haydon, best known for her roles in Queen and The Shaukeens, shared a picture in which she posed with an attitude to die for. Photographer Farrokh Chothia shared the same picture in monochrome filter and the result was spectacular. Makeup and hair artist Namrata Soni, who styled Lisa Haydon for the photoshoot, shared another picture of Lisa dressed in a blue bikini. Take a look at all these pictures:

#lisahaydon for elle india may 2017 styled by malini banerji, muh by @namratasoni

Lisa Haydon and Elle had previously shared the magazine cover on social media which went crazy viral in no time. Describing the cover, Lisa Haydon wrote: "Morphing into the most exciting shape of my life!! This is my favourite cover till date because my (baby) made it on as well." The issue is question talks about body issues and labelled the actress as "Free Spirit, Earth Mother."

Promoted
Listen to the latest songs, only on JioSaavn.com
Lisa Haydon debuted in Bollywood with 2010 film Aisha, co-starring Sonam Kapoor. She went on to star in films like Rascals, Queen, The Shaukeens, Santa Banta Pvt Ltd and Housefull 3. Lisa Haydon was last seen in a cameo in Karan Johar's Ae Dil Hai Mushkil co-starring Ranbir Kapoor and Anushka Sharma.