Pics From Hina Khan's Maldives Vacation Are Everything Nice

Hina Khan checked into Maldives a few days ago 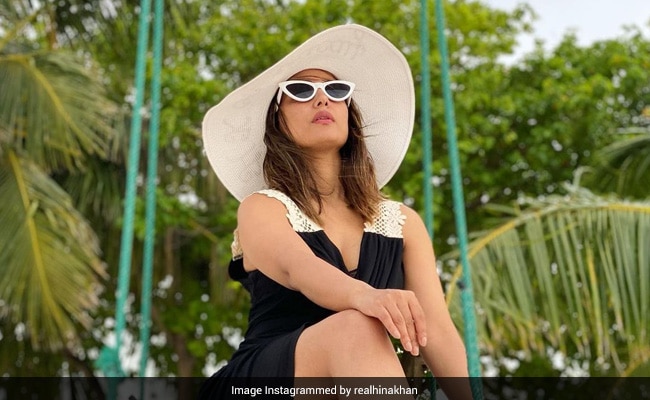 We can't help but love Hina Khan's latest set of pictures on Instagram. The actress who flew to the island country a few days ago, has actively been sharing pictures from her vacation on her Instagram profile. On Tuesday night, Hina posted a few pictures from her holiday, in which she can be seen dressed to perfection. In the pictures, Hina Khan  can be seen wearing a black dress. She accessorised her look with a white hat, quirky sunglasses and lots of swag. She simply captioned the post: "HK on vacay." She accompanied it with the hashtag #BossBabe.

Sharing these stunning pictures, the actress captioned her post: "Night mode photography at its best... Thank you for the lovely dinner."

Here are some more pictures from her vacation:

Hina Khan became a household name after starring as Akshara in the popular television show Yeh Rishta Kya Kehlata Hai. The actress was also a part of Kasautii Zindagii Kay 2, in which she played the antagonist Komolika. However, she quit the show after a few months. She also participated in television reality shows like Khatron Ke Khiladi season 8 and Bigg Boss 11.

Hina Khan was also seen in a brief appearance in the TV show Naagin 5, in which she starred as the titular shape shifting serpent. The actress stepped into films with Lines, the poster of which was unveiled at the 72nd Cannes Film Festival in May, last year. Hina Khan was last seen as one of the "seniors" in the TV reality show Bigg Boss 14.