"The beautiful outfit by Manish Malhotra and a few friends over made it a celebration enough," wrote Ekta Kapoor 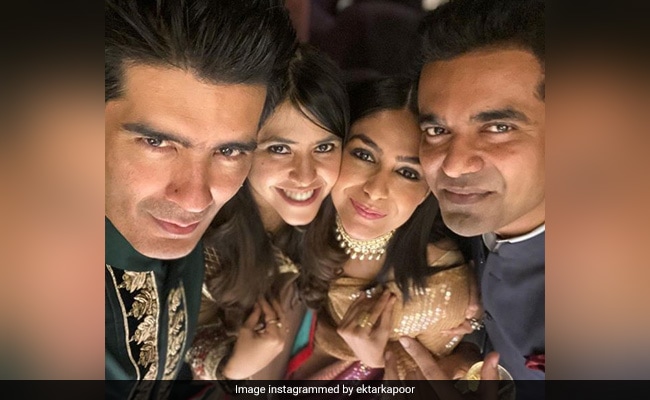 Ekta Kapoor's Diwali parties have always been memorable with a star-studded guest lists but this year, she had low-key celebrations keeping social distancing in mind. "No Diwali party this year," wrote Ekta Kapoor while sharing glimpses of some of her favourite memories from her Diwali get-together last night. While Diwali celebrations are muted this year because of the coronavirus pandemic, Ekta Kapoor hosted a get-together on Thursday evening. But unlike the past years, this was one with a limited guest list comprising actors such as Mrunal Thakur, Mouni Roy, Hina Khan, Anita Hassanandani and her husband Rohit Reddy, Karishma Tanna, Karan Patel and his wife Ankita Bhargav, Shabbir Ahluwalia and his wife Kanchi Kaul, Sanaya Irani and designer Manish Malhotra, among others. Ekta Kapoor shared photos from the celebrations on Instagram.

Continuing her post, Ekta Kapoor wrote: "But the beautiful outfit by Manish Malhotra and a few friends over made it a celebration enough!"

Here are more glimpses of Ekta Kapoor's Diwali bash, shared by those who attended. "With my absolute favourite," Manish Malhotra wrote for Ekta Kapoor. 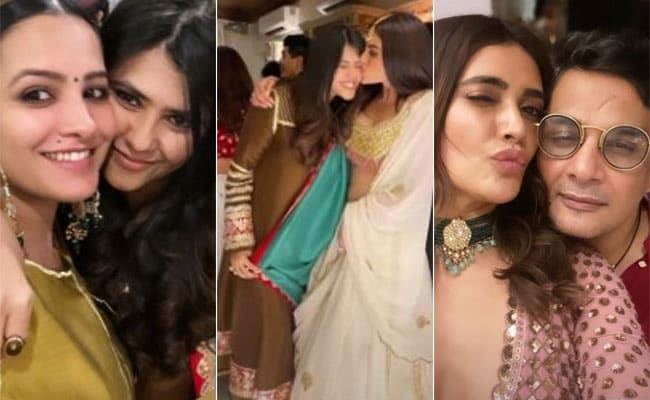