Photos of Ananya, Suhana and Shanaya outside a popular party hub in Mumbai are all over the Internet 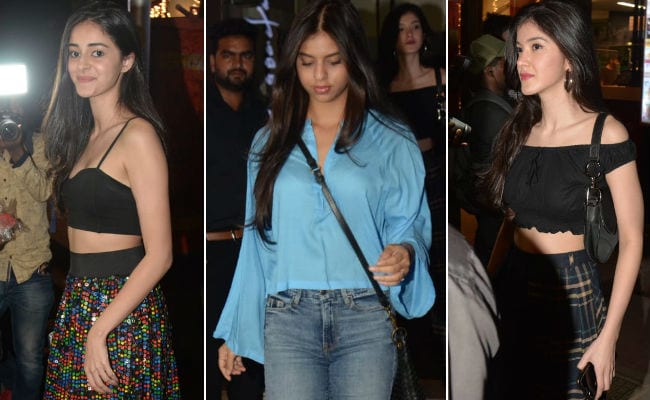 Ananya Panday started her birthday celebration with a family gathering and closed it with a party with her BFFs Suhana Khan and Shanaya Kapoor. Photos of Ananya, Suhana and Shanaya outside a popular party hub in Mumbai are sending the Internet into a meltdown. Ananya also invited Shanaya's cousin Rhea Kapoor and Malaika Arora to her party. For her birthday bash, Ananya wore a multicolour sequinned skirt with a black bra-let top. She smiled for the crowd outside the venue as the paparazzi clicked her pictures frantically. Suhana kept it simple in denims and shirt - it seems Suhana inherited her mom Gauri Khan's fashion sensibilities. Shanaya Kapoor looked chic in checked pants and a black crop top.

These photos prove that Ananya, who turned 20-years-old on October 30, is a bona fide celebrity even before the release of her debut film Student Of The Year 2. 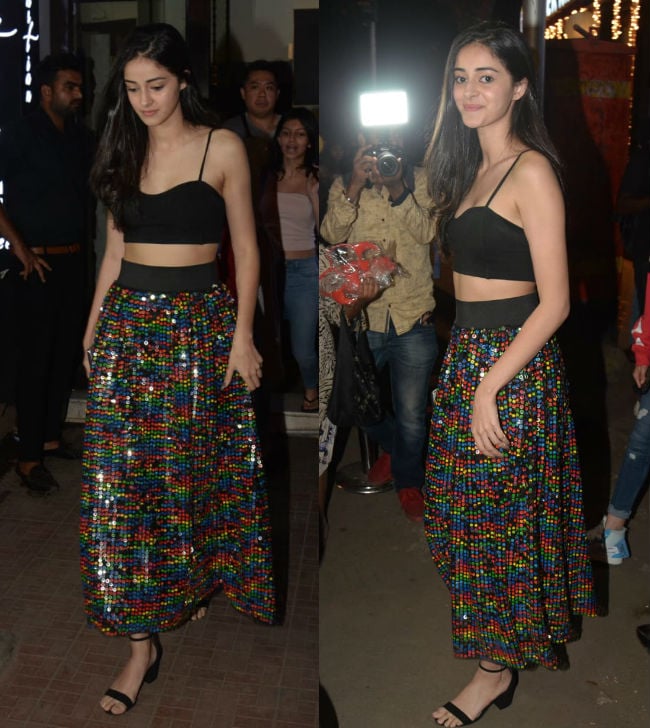 Ananya Panday outside the party venue in Mumbai.

Suhana Khan, daughter of Shah Rukh and Gauri Khan, is on her way to become an actor. Her desire to work in films is an open secret but she has to complete her education first - SRK's diktat. Suhana recently featured on the cover of a fashion magazine. Shanaya is the daughter of Sanjay and Maheep Kapoor. Her cousins Arjun Kapoor, Sonam Kapoor, Harshvardhan Kapoor and Janhvi Kapoor are actors while Rhea is a filmmaker. So far, it has not been disclosed if Shanaya intends to pursue a career in films. 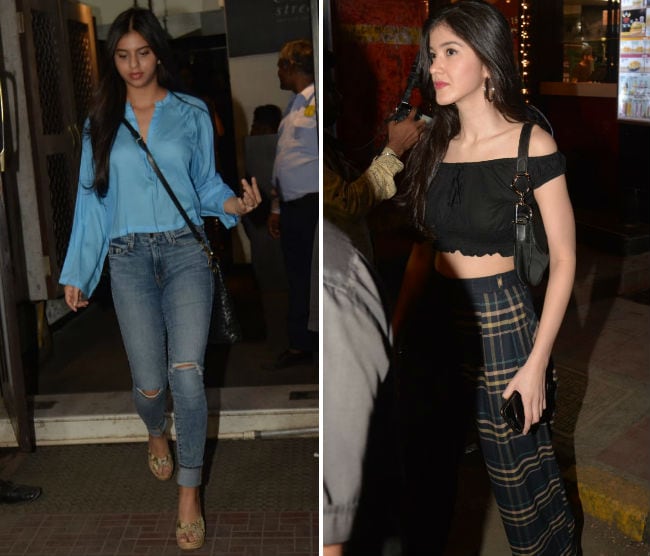 Meanwhile, Rhea Kapoor, who was also at the party, opted for comfy chic look while Malaika looked fabulous as ever in a checked dress accessorised with a Gucci belt. 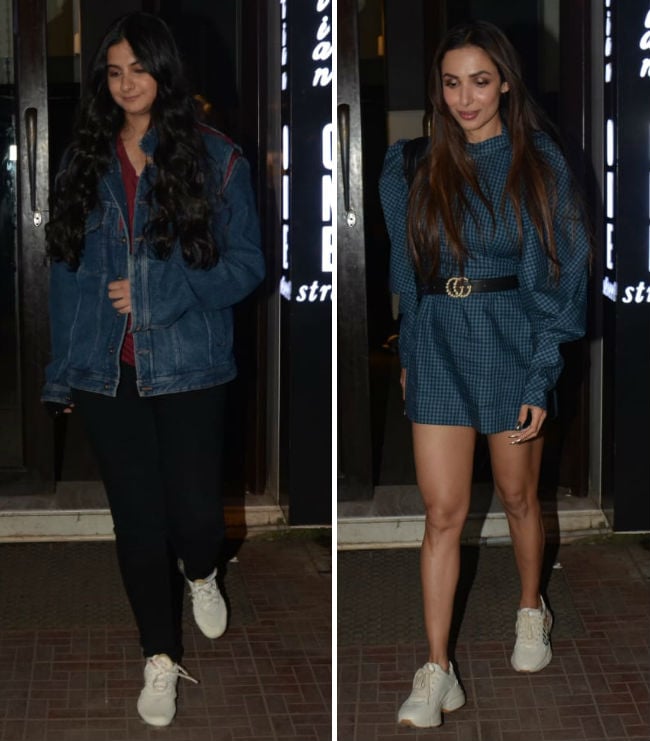 Back to Ananya - her film Student If The Year 2 has been produced by Karan Johar and directed by Punit Malhotra. Ananya co-stars with Tiger Shroff and Tara Sutaria in the movie, which releases next year.