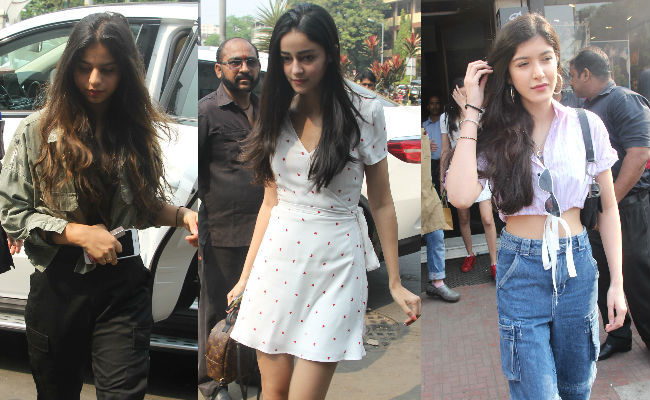 A great way to spend Sunday is by catching up with friends. Suhana Khan, Ananya Panday and Shanaya Kapoor seem to agree as the trio was spotted outside a suburban restaurant in Bandra on Sunday catching up on brunch. Suhana, daughter of Shah Rukh and Gauri Khan, looked impeccably stylish in cargo pants teamed with a matching tank top and olive green shirt. Suhana let her hair down used minimal accessories to finish out her look. Ananya, who is making her Bollywood debut in Student Of The Year 2, took time out from her busy schedule to meet her friends. The actress-to-be was dressed in a cute polka-dotted dress with complementary red sneakers. Shanaya looked pretty in baggy denims and cropped shirt combo.

Here are pictures from Suhana, Ananya and Shanaya's Sunday brunch: 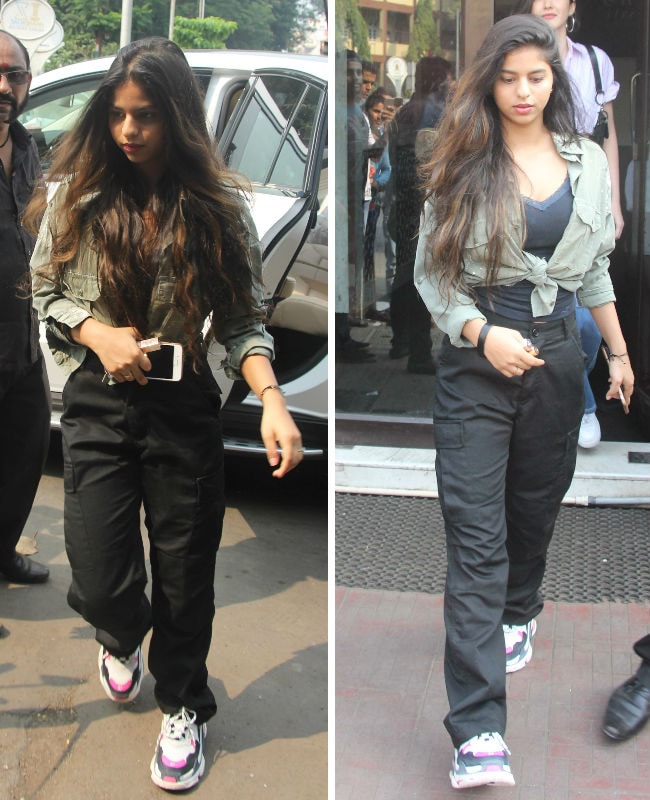 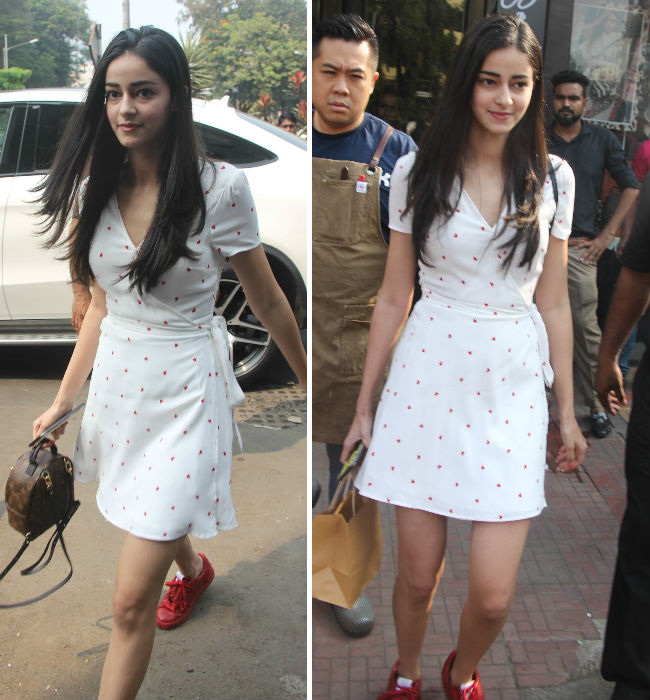 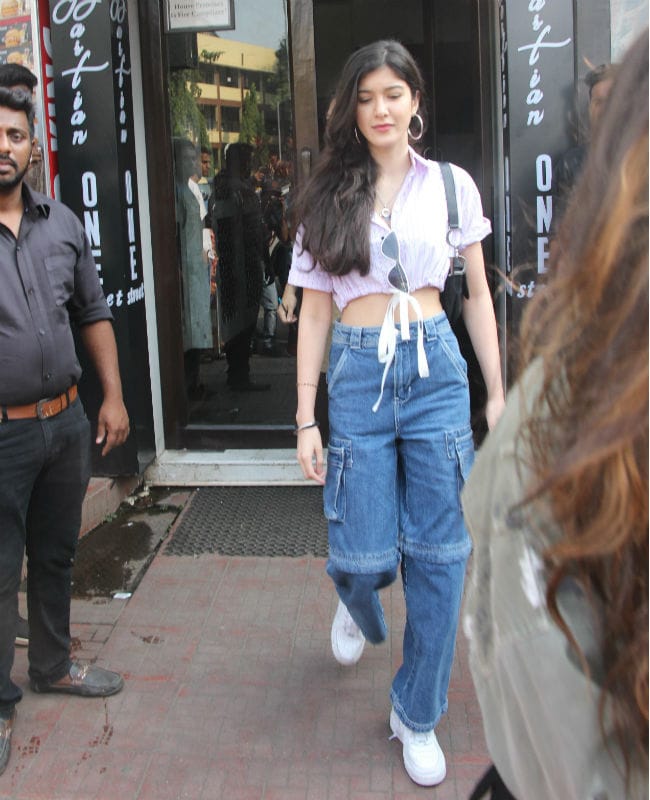 Suhana is the second of Shah Rukh and Gauri's three children - her elder brother Aryan, 20, studies films in California while her younger brother is AbRam, 5. Suhana is completing her final term at Engalnd's Ardingly College and she hopes to join the film industry soon. Few months ago, Suhana also covered an issue of a fashion magazine. In her first ever interview to the same magazine, Suhana opened up about her desire to become an actor. "Since I was young, I'd do all these accents and impressions. But my parents only realised I was serious about acting when they saw a performance of mine for the first time," she told Vogue.

Suhana's friend Ananya, daughter of Chunky and Bhavana Panday, is debuting in the aforementioned Student Of The Year 2 opposite Tiger Shroff and along with newcomer Tara Sutaria. Student Of The Year 2, directed by Punit Malhotra and produced by Karan Johar, releases in May 2019.

Shanaya, daughter of Sanjay and Maheep Kapoor, graduated from Mumbai's Ecole Mondiale World School in June and she hasn't shared her career plans yet.