Aishwarya Rai, Abhishek Bachchan and Aaradhya have flown out of Mumbai to celebrate Abhishek's birthday 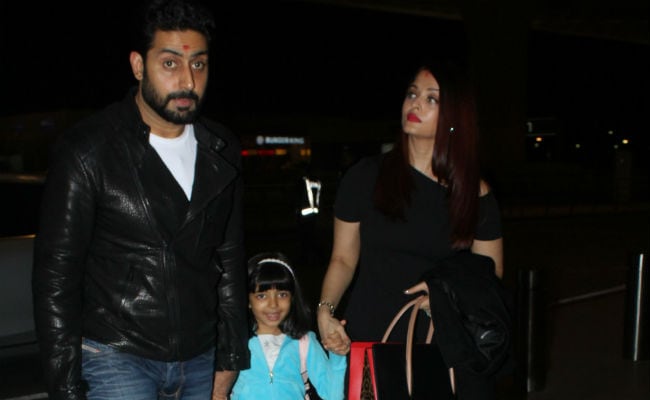 New Delhi: Aishwarya Rai Bachchan, Abhishek Bachchan and their daughter Aaradhya were photographed at the Mumbai airport on Thursday night. The family of three have flown out of Mumbai to celebrate Abhishek's birthday. He will turn 42 on February 5. However, the birthday destination hasn't been revealed by any member of the Bachchan family. Several reports suggest that Aishwarya, Abhishek and Aaradhya flew to Australia while some other sites mentioned that they have gone to Austria. There's no confirmation on the destination yet. (Australia or Austria, doesn't matter. Abhishek, please take our birthday wishes in advance). Now coming back to their airport looks, Aishwarya and Abhishek were twinning in black while Aaradhya looked cute as a button in blue.

Aishwarya looked chic in black dress, high boots and picked up a red lip colour to go with her outfit. Abhishek wore a black leather jacket with white t-shirt and blue denim. Aishwarya turned 44 on November 1 while Aaradhaya celebrated her sixth birthday on November 16.

Here are Aishwarya, Abhishek and Aaradhya's pictures at the airport. 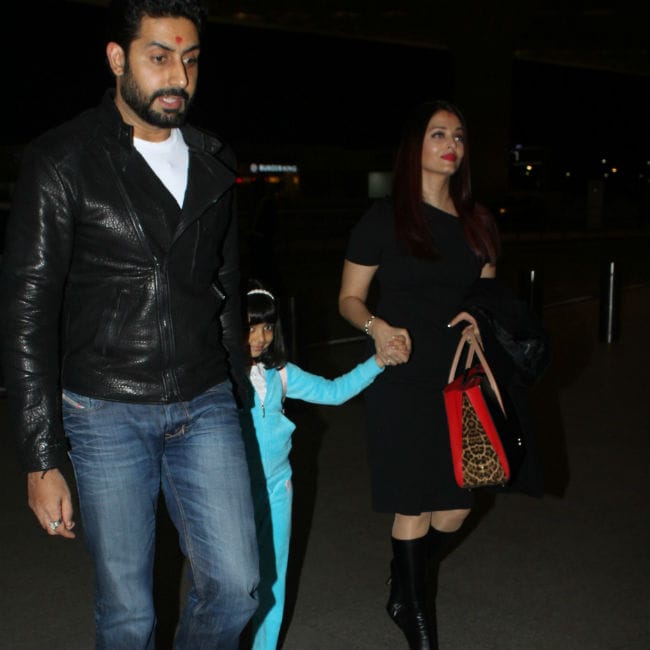 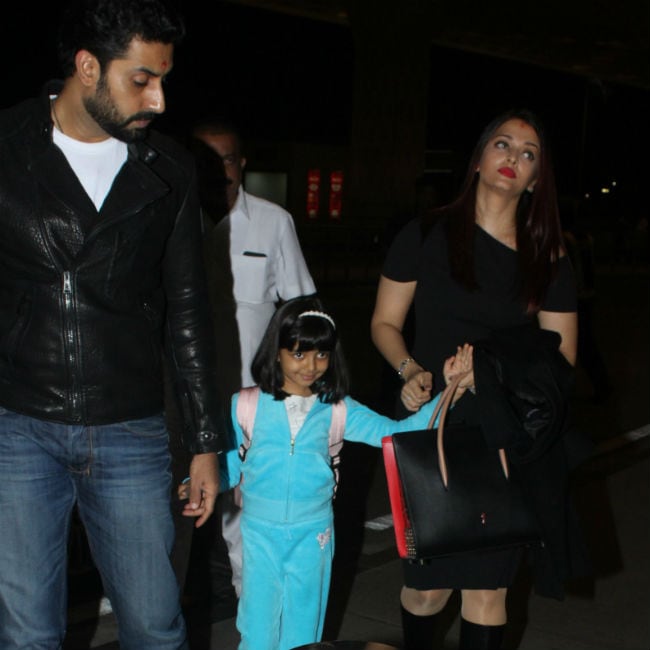 Some days ago, Aishwarya and Aaradhya's picture, twinning in blue, went crazy viral. 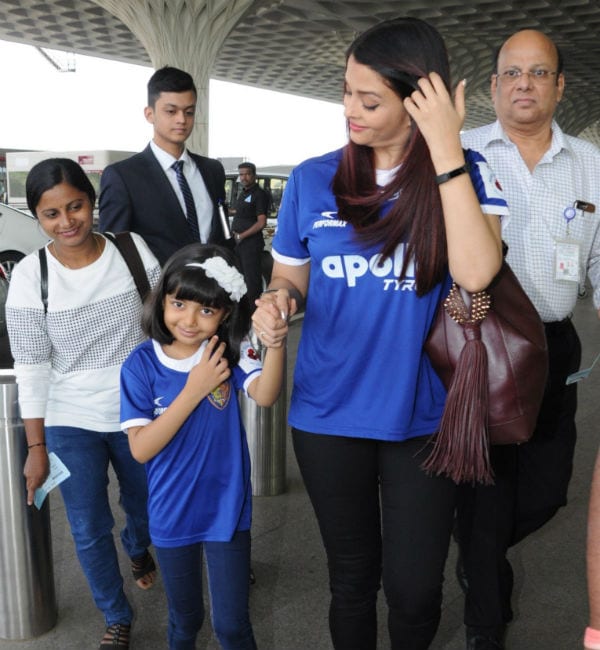 Aishwarya's birthday was a family-only affair due to her father Krishnaraj Rai's death in March. She went to Siddhivinayak temple in the afternoon with Aaradhya and mother Vrinda Rai.

The Bachchans hosted two birthday parties for Aaradhya. One was a family-only dinner while later, a grand party was hosted. Bollywood celebs like Shah Rukh Khan and Aamir Khan attended the party with their sons AbRam and Azad Rao Khan, respectively.

T 2716 - And the birthday girl glows at her celebration .. demure in her new dress .. considerate in sharing her cake .. and the pride of the family .. girls always are .. pic.twitter.com/5mNiaipeoq

Abhishek and Aishwarya have been married since 2007 and Aaradhya is the couple's only child. The duo have co-starred together in films such as Dhai Akshar Prem Ke, Kuch Na Kaho, Umrao Jaan, Dhoom 2 and Guru. Raavan released after their marriage. Aishwarya Rai Bachchan's next film is Fanne Khan while Abhishek began shooting for Manmarziya some weekends ago.
Comments
aishwarya aaradhyaaishwarya abhishek bachchan birthday plans