"Pick A Personality," Said Suhana Khan. We Love Them All 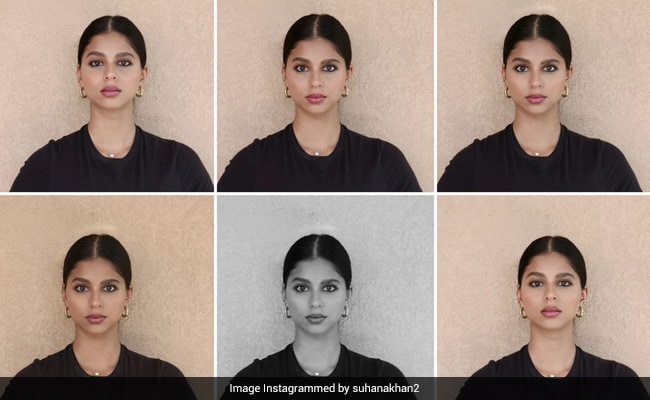 Hello there, Suhana Khan. Can you count the number of Suhanas you can see in her new post? Shah Rukh Khan's daughter Suhana shared an interesting post on Instagram recently, with an interactive undertone. Suhana created a collage of her mugshots for an Instagram entry and asked her Instagram family to pick a favourite persona of herself. "Pick a personality," Suhana Khan captioned her post. All we want to say is we love them all - which was also the general feeling on Instagram. Meanwhile, one of Suhana's besties - Shanaya Kapoor - described her in a single word comment: "Beauty," she wrote with the red hearts.

Suhana Khan recently trended a great deal for sharing glimpses of a photoshoot done by mom Gauri Khan. "Pretend it's a Pepsi and I'm Cindy Crawford," Suhana captioned her photos, to which Shah Rukh Khan dropped the most dad-like comment: "Can I pretend it's you and the cola is incidental... and still appreciate the picture?" he wrote.

Suhana Khan often trends for sharing stunning glimpses of her life in New York. Here are some from her Instagram:

Suhana Khan Shah Rukh Khan and Gauri Khan's middle child - the couple are also parents to AbRam, 8, and Aryan, 23. Suhana lives in New York, where she is studying film at Columbia University. Suhana is part of Bollywood's gen-next circle, also comprising Amitabh Bachchan's granddaughter Navya Naveli Nanda, Shanaya Kapoor, Ananya Panday and Khushi Kapoor, among others. Suhana aspires to be an actress and will pursue her career dreams only after finishing studying. Suhana has already featured in her first magazine cover for Vogue in 2018.