Pic: Madhuri Dixit's Smile Is As Bright As The Maldives Sun 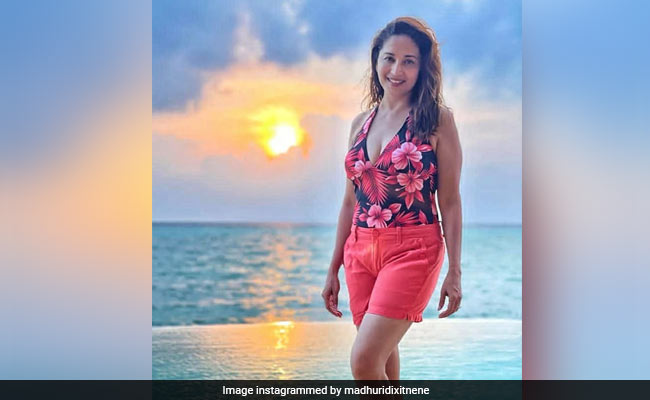 Hello there, Madhuri Dixit! The actress, who has been holidaying in Maldives with her husband Shriram Nene, has actively been posting pictures from her vacation. On Friday night, she shared a stunning shot, with a postcard-worthy background. In the picture, the actress can be seen dressed in a top with floral prints. She paired it with pink shots and accessorised it with a bright smile. The actress can be seen sporting minimal make-up in the picture. "The magic hour," she captioned the post. The comments section of her post was filled up with heart emojis from fans.

A few days ago, she shared this perfect shot from Maldives on her Instagram profile and she wrote: "The sheer magnificence of mother nature."

During her stay in the Maldives, the actress gave us a glimpse of her date nights on the beach with husband Shriram Nene. See the pictures here: