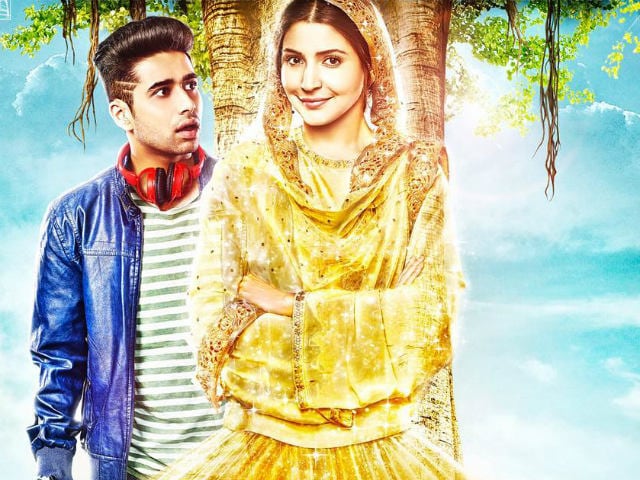 Phillauri Celeb Review: Anushka Sharma in a poster of the film

New Delhi: As Fans Shah Rukh Khan has already had one close encounter with Shashi the ghost. He had a second one on Wednesday evening at the screening of Phillauri in Mumbai. SRK was one of several Bollywood stars invited to watch Anushka Sharma's new film, which she produces as well as acts in. Phillauri stars the actress as a ghost who finds herself unwittingly married to a young man, played by actor Suraj Sharma, who is 'maanglik' and has to wed a tree before marrying his actual bride. Instead, he finds himself hitched to and haunted by Shashi, who follows her reluctant groom around like, literally, a ghost. Much of Phillauri is set in rural Punjab and actor-musician Diljit Dosanjh is cast to type as the folk singer Shashi was in love with before she died.

There are great expectations of Phillauri. SRK and other stars at the screening are of the opinion, expressed on Twitter, that the film has delivered. Shah Rukh Khan tweeted after watching Phillauri:

Phillauri the attempt at doing wot u believe in. @AnushkaSharma@diljitdosanjh#anshai#karnesh keep believing in the impossible.

SRK, 51, and Anushka are connected by three-and-a-half films - she made her debut opposite him in Rab Ne Bana Di Jodi, they co-starred in Jab Tak Hai Jaan, and are currently filming a movie directed by Imtiaz Ali, who was also at the screening of Phillauri. That's three films - the half is Ae Dil Hai Mushkil, in which Anushka played one of the lead roles and SRK made a guest appearance. So Anushka Sharma had no problem recruiting Shah Rukh Khan to star in a video promoting her new film:

Promoted
Listen to the latest songs, only on JioSaavn.com
Shah Rukh Khan wasn't the only invitee who tweeted about having enjoyed Phillauri. Compliments were sent in from actors Alia Bhatt, Dia Mirza and Saqib Saleem, directors Shashank Khaitan and Kunal Kohli, and musician Badshah, all of whom were photographed driving to the screening.

#Phillauri is such a lovely unique film!!!With such honest performances from the whole cast!!!! @AnushkaSharma you are such an inspiration

I love Shashi @AnushkaSharma! #Phillauri has a heart of gold :) All my love and best wishes to you and the entire team #1DayToPhillauri

Everything abt #Phillauri is beautiful .. Very well written n executed .. every performance so spot on!! Anshai you beauty

#Phillauri is such a lovely film, loved it... so unique & heart warming @AnushkaSharma#karneshsharma@diljitdosanjh#AnshaiLal#anvitadutt

@AnushkaSharma what a lovely film you've made. Every actor is brilliant.Funny.Sweet. Romantic film.Climax is breathtaking #philauri

Phillauri is a such a beautiful film with a lot of heart. Topnotch acting, soundtrack, beautiful climax. @AnushkaSharma@diljitdosanjh 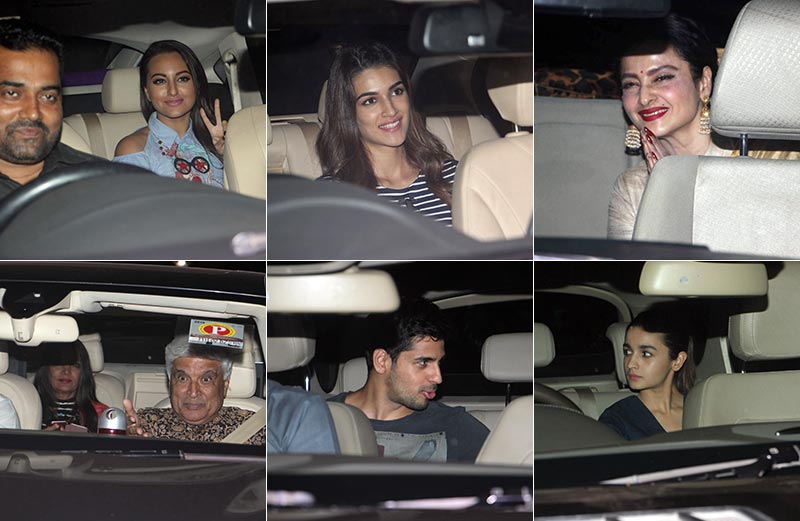 Phillauri stars Diljit Doshanjh and Suraj Sharma did not appear to be at the screening. The film is directed by Anshai Lal and is Anushka Sharma's second as a producer, after NH10. It opens tomorrow.