"Persistence Pays Off": Chris Hemsworth Shares A Video With His Fans

"He also does all my motorbike stunts from now on," wrote Chris Hemsworth 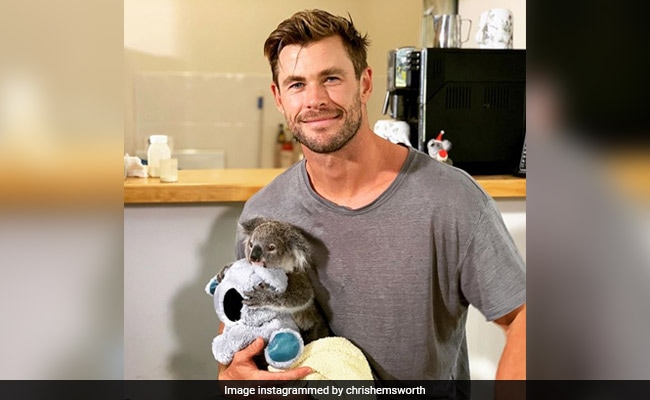 Chris Hemsworth just made our Tuesday better. The Men In Black: International actor just dropped an adorable video featuring his fans on his Instagram profile. In the video, Chris can be seen sitting inside his car while he records a fan who can be seen riding a bike beside his car. In the later part of the video, Chris can be seen getting down his car and posing for a picture with his fans. Also, looks like Chris Hemsworth got a new motorbike stuntman for himself. Sharing the super cute video of himself with his fans, Chris wrote, "Persistence pays off - not only did this guy get an autograph, he also does all my motorbike stunts from now on." Take a look:

Persistence pays off - not only did this guy get an autograph, he also does all my motorbike stunts from now on.

A few days ago, Chris Hemsworth trended a great deal for giving a fake spoiler of Avengers: Endgame to his Extraction co-star Rudhraksh Jaiswal. In an interview with Koimoi.com, Rushraksh revealed that Chris Hemsworth gave him a confusing spoiler of Avengers: Endgame when he asked him. "I told him to give me one spoiler and he gave me fake spoilers to confuse me so that I don't ask him again. He told me that Spider-Man will turn into Ant-Man. I asked him how is that possible and he said you have to watch the movie for that," said Rushraksh Jaiswal to Koimoi.com.

On the work front, Chris Hemsworth is best-known for his performances in films such as Star Trek, Snow White and the Huntsman, Avengers: Age of Ultron, The Huntsman: Winter's War and Ghostbusters among others. He was last seen in the 2019 science-fiction film Men in Black: International where he shared screen space with Tessa Thompson, Kumail Nanjiani, Rebecca Ferguson, Rafe Spall, Laurent and Larry Bourgeois, and Liam Neeson. He will next be seen in the Netflix action-thriller Extraction co-starring Rudhraksh Jaiswal, David Harbour, Pankaj Tripathi, Randeep Hooda, Golshifteh Farahani, Marc Donato, Fay Masterson and Derek Luke.