"Spider-Man Will Turn Into Ant-Man:" Chris Hemsworth Gave This Fake Endgame Spoiler To His Extraction Co-Star. Go Tell The World 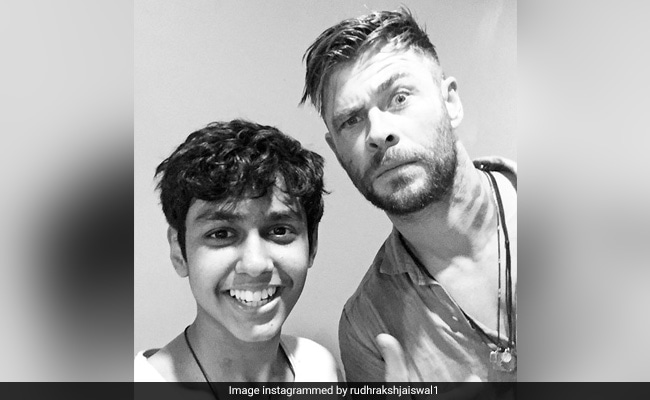 Well, what happened next was... (drumrolls) "Spider-Man turns into Ant-Man." Surprised? We're here to help you. This is what Chris Hemsworth told his Extraction co-star Rudhraksh Jaiswal, when he asked the Marvel star about sneaking in one Avengers: Endgame spoiler. In a recent interview with Koimoi.com, Rudhraksh revealed that he kept asking Chris to give him a spoiler from the film, to which the actor responded with a confusing spoiler. "I told him to give me one spoiler and he gave me fake spoilers to confuse me so that I don't ask him again. He told me that Spider-Man will turn into Ant-Man. I asked him how is that possible and he said you have to watch the movie for that," koimoi.com quoted Rudhraksh as saying.

Meanwhile, the trailer of Extraction released on Tuesday. The Netflix film showcases the story of a drug war between kingpins in India and Bangladesh. It has been directed by Sam Hargrave and it has been produced by Joe and Anthony Russo (popularly known as the Russo brothers). The series also features Pankaj Tripathi and Randeep Hooda.

Chris Hemsworth is best-known for playing Thor in the Marvel Cinematic Universe. The actor stepped into Hollywood with the science fiction Star Trek (2009). He has starred in films such as Snow White and the Huntsman, Red Dawn, Blackhat, In the Heart Of The Sea, Ghostbusters, The Cabin In The Woods, Rush and Men In Black: International.