"The city's on lockdown." This dialogue was enough to make netizens create memes about how reel life and real life situations are similar. 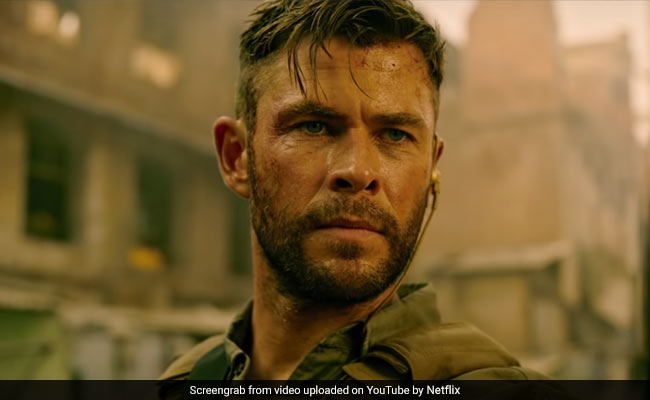 Chris Hemsworth in a still from Extraction (courtesy YouTube)

Netflix dropped the trailer of its much awaited action thriller Extraction recently and Twitter reciprocated with memes about the lockdown. We'll break it down for you here. Extraction stars Chris Hemsworth as a black-market mercenary Tyler Rake, who is assigned the task to bring back home an imprisoned crime lord's son Ovi, played by Rudraksh Jaiswal, who has been kidnapped. While Tyler Rake succeeds at his rescue mission, he faces a number of life-threatening ordeals on his way back to home ground. In one scene, while Tyler Rake is driving around Ovi, he says: Worldwide, countries are on a lockdown mode amid the coronavirus outbreak. India is currently in its final week of a 21-day lockdown.

Here's how the Extraction trailer lightened the mood on Twitter:

When you and your friend goes out to bring ration during Lockdown #Extractionpic.twitter.com/Sa0Lt88Kp9

#Lockdown#Extraction
Am I the only one who can relate to this scene pic.twitter.com/Y3ErtzSDxH

Watch the trailer of Extraction here:

Directed by Sam Hargrave, a large part of the Netflix film has been shot in India and the plotline is about a drug war between kingpins in India and Bangladesh. The cast of Extraction also includes Rudraksh Jaiswal, Pankaj Tripathi and Randeep Hooda, who features in blink-and-miss appearances in the trailer. Extraction has been produced by Joe and Anthony Russo, who directed Avengers: Endgame. Joe Russo also wrote the screenplay.

Chris Hemsworth, who cancelled a promotional visit to India due to the coronavirus, wrote on Instagram: "So happy to finally be able to share the trailer for Extraction with you. I'm very proud of all the hard work that has been poured into this project. This has been a difficult few months for all of us, and we hope this will provide a bit of entertainment while we are all staying home. Check it out April 24 on Netflix."

I'm very proud of all the hard work that has been poured into this project. This has been a difficult few months for all of us, and we hope this will provide a bit of entertainment while we are all staying home. Check it out April 24th on @netflix. Thank you @thesamhargrave @rudhrakshjaiswal1 @therussobrothers, and @netflixfilm for the opportunity to help bring this story to life.