Partners Salman And Govinda May Reunite For A New Film. Are You Excited? 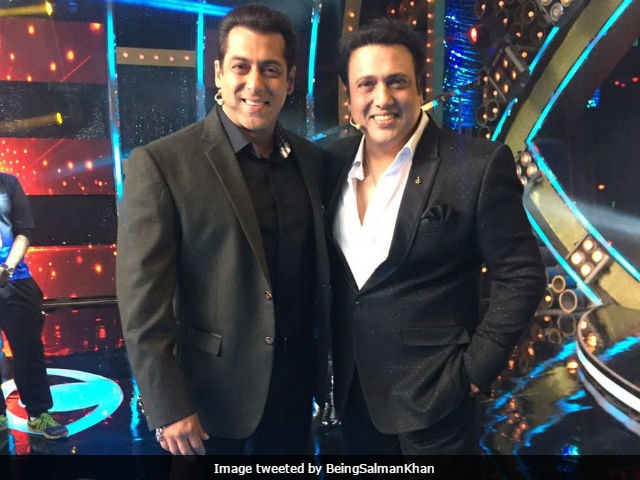 New Delhi: Govinda, who has worked with Salman Khan in films such as- Partner, Deewana Mastana and Salaam-e-Ishq, told news agency PTI that he is willing to work with the 51-year-old actor once again if a good script comes their way. The Hero No.1 actor said: "It should happen in a right way. Because I feel if people want Govinda and Salman together, it is important to have the right subject. They would require that kind of energy too." The Bajrangi Bhaijaan recently posted the trailer of Govinda's upcoming film Aa Gaya Hero on Twitter. The film, directed by Dipankar Senapati, also features Richa Sharma in the lead role.

Speaking on the possibility of yet another collaboration with Salman Khan, Govinda also added: "Risk factor, money issue, that is always there but the choices make you what you are. I'll choose correctly."

As Govinda's film Aa Gaya Hero nears its release, the actor told PTI that he wants to move ahead by staying true to himself. "My next move will be very planned. May be they (others) will not look at it like that but it will be well thought. I've come in that state of mind. I can't change, I've always been rigid," he said.

The Bhagam Bhag actor added: "I do respect others views, I don't comment negatively. You have to come out with your best energy in life. I am all set for wonderful projects."

Promoted
Listen to the latest songs, only on JioSaavn.com
Speaking about the work of younger actors, Govinda said: "Sometimes I feel the younger actors are doing good. Ranveer Singh does films which look nice. Salman is doing very good work, as far as his choices are concerned. More than being a hero he is concentrating on his choices. Everybody is trying and being good."

Govinda had last made his big screen appearance in 2015 movie Hey Bro, starring Nupur Sharma and Ganesh Acharya. His film Aa Gaya Hero is scheduled to release in theatres on March 3.
(With PTI inputs)