Parineeti Chopra Was Asked About The Arjun Kapoor-Malaika Arora Rumour. She Said... 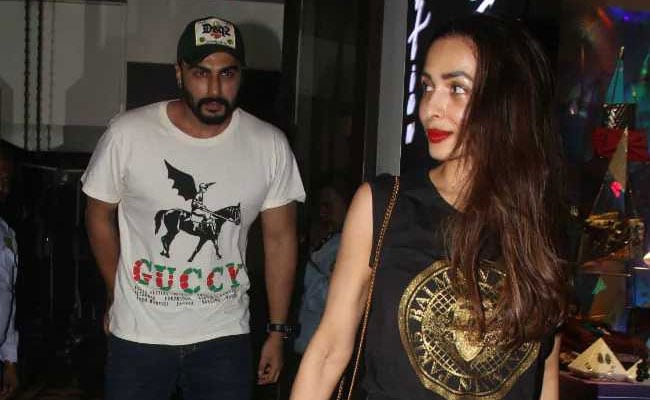 Arjun Kapoor with Malaika Arora outside a Mumbai restaurant.

Actress Parineeti Chopra, who shares a love-hate relationship (her words, not ours) with actor Arjun Kapoor, was asked if she knows about Arjun and Malaika Arora's reported impending wedding, to which the actress said: "I don't know if he is getting married," reports news agency IANS. A lot has been written and scratched about Arjun Kapoor and Malaika Arora's reported wedding. Several media reports stated that they were expected to get married in April as per Christian traditions however, that did not happen. Later, he told DNA: "I'm 33 and you have to take my word when I say, I'm in no hurry to get married."

Speaking about her relation with Arjun Kapoor, Parineeti said on Feet Up With The Stars season 2: "We have a love-hate relationship. It is difficult to find a true friend in Bollywood and he is definitely one."

Parineeti, who has co-starred with Arjun in films such as Ishaqzaade, Namaste England and the upcoming Sandeep Aur Pinky Faraar, added: "I don't mind giving him my phone to take my picture but all I find in the gallery is 50-plus selfies and all Arjun's."

On the work front, Parineeti Chopra is currently filming the biopic on Saina Nehwal in which she replaced actress Shraddha Kapoor. Meanwhile, Arjun Kapoor is awaiting the release of India's Most Wanted, the trailer of which dropped on the Internet today. Arjun Kapoor is also filming Panipat   with director Ashutosh Gowariker and co-stars Sanjay Dutt and Kriti Sanon.