Parineeti Chopra Had The 'Most Grown-Up Birthday' This Year. See Pic 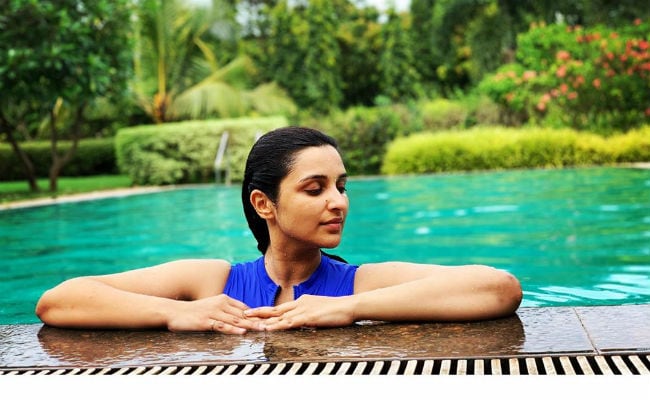 Actress Parineeti Chopra celebrated her 31st birthday in "peace." On Wednesday, Parineeti shared a picture of herself sitting by the swimming pool. In the photograph, Parineeti could be seen happily posing for the camera sans make-up. Parineeti captioned her post: "My most grown-up birthday. Peace and quiet." The Kesari actress also thanked her fans for all the love and wishes and she added, "Thanks to everyone who sent so much love my way. That's the most important thing for me." Parineeti's post received over 3 lakh likes on Instagram within a few hours.

My most grown-up bday :) Peace and Quiet. Thank you to everyone who sent so much love my way!! Thats the most important thing for me

Speaking of her birthday plans this year, in an interview with Hindustan Times, Parineeti said that unlike most years, she would take a brief break for a few days and she did just that. "My birthday always used to be about party or celebration. But this year, it's about thinking about my life, who I am, what I want, what I've achieved, where do I see myself and what is important to me. After working back to back on my upcoming projects, I'm planning to take a break for a day to two and then resume my shooting for Saina biopic," Parineeti said.

On the work front, Parineeti Chopra has a busy year ahead. Her impressive line-up of films includes the Saina Nehwal biopic, the Hindi remake of The Girl On The Train, Sandeep Aur Piny Faraar and Bhuj: The Pride Of India.

Parineeti Chopra will also dub for the Hindi rendition of Disney's Frozen 2, along with her cousin Priyanka Chopra. Jabariya Jodi, opposite Sidharth Malhotra remains her last release.