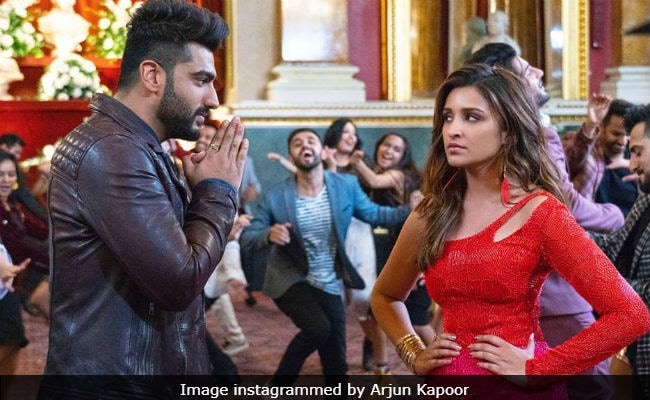 If the first trailer of Namaste England did not connect you to the first film - Namastey London - then its second trailer, which released today, will. Remember how Jasmeet (Katrina Kaif) realised how she was meant to be with Arjun (Akshay Kumar) at the altar? Well, this formula is also applied in Namaste England, only this time Jasmeet (Parineeti Chopra) realises she loves Param (Arjun Kapoor) more than anything else when he agrees to marry another woman. That's the twist and the connection fans of Namastey London were waiting for. The new trailer of Namaste England continues where the first trailer ended, refreshing memories of the 2007 film, which was directed by Vipul Amrutlal Shah.

Namaste England is the second film in the film series and it also Parineeti Chopra and Arjun Kapoor's second film together after Ishaqzaade, which was also Arjun's debut project.

Namaste England, releasing on October 19, trends on again and off again courtesy of the film's promotions, which are superbly executed by Parineeti and Arjun. They've shared songs along with BTS videos, which prove that they had super awesome time during filming. Arjun Kapoor told news agency IANS: "As an actor, Parineeti brings the best out of me because I feel that if you are honest with your co-actor, then automatically, you deliver good results. There is not a feeling of fear in me while working with Parineeti."