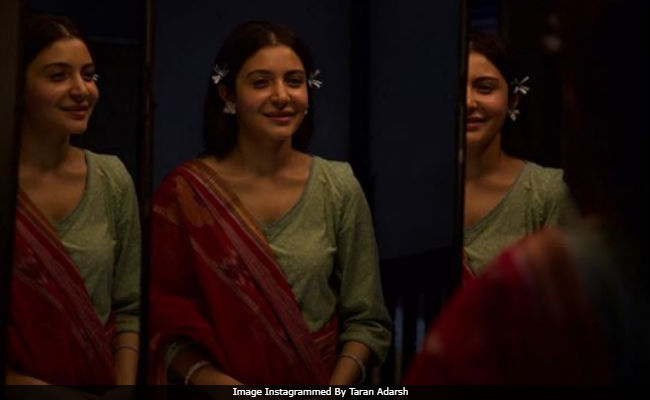 New Delhi: Anushka Sharma's Pari, which released last Friday, has added Rs 1.73 crore more to its total earnings at the box office, trade analyst Taran Adarsh reported. This week, the film has earned over Rs 6 crore and over the weekend, it collected about Rs 10 crore. Pari's current total now stands at Rs 21.08 crore. The film has completed six days in the theatres now. Wednesday's collections have so far been the lowest while on Sunday, Pari earned the maximum - Rs 5.51 crore. Anushka Sharma's Pari is directed by Prosit Roy and the supernatural thriller also stars Parambrata Chatterjee and Rajat Kapoor.

In his review for NDTV, film critic Saibal Chatterjee gave Pari 2 stars out of 5. "Pari isn't exactly the sort of supernatural thriller that Bollywood fans are accustomed to watching, yet it abounds in several of the obvious tropes of the genre. Its flights into fear and foreboding are frequent. It leaves nothing to the imagination and yet feels exasperatingly fudgy. Pari is a 'deadly' variation on Anushka's previous production Phillauri, in which a benign, impish spirit had pinned sweetly for an unrequited love from an earlier era" he wrote.

Promoted
Listen to the latest songs, only on JioSaavn.com
Pari is Anushka Sharma's third film as a producer, after NH10 and Phillauri. She co-owns Clean Slate Films with her brother Karnesh.

3 Storeys, Hate Story 4 and Dil Juunglee are up for release this Friday while two major films - Ajay Devgn's Raid and Rani Mukerji's Hichki - are slated to hit the screens in the coming weeks.